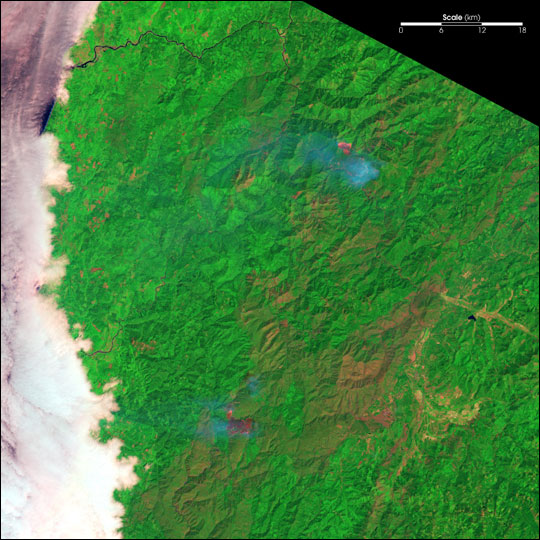 In southwestern Oregon, the Florence Fire (north) and the Sour Biscuit Fire (south) continue to burn virtually out of control. Numerous evacuation notices have been issued for residents in the area as the fires remain difficult to control due to the steep, rugged terrain of the Klamath Mountains.

This false-color image from the Landsat 5 Thematic Mapper was acquired on July 21, 2002. In the image, vegetation is green, burned areas are deep magenta, active fire is bright pink, and smoke is light blue.