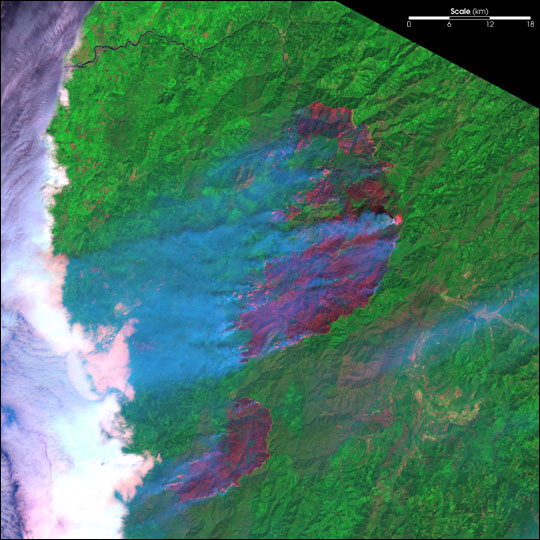 In southwestern Oregon, the Florence Fire (north) and the Sour Biscuit Fire (south) continue to grow explosively. This image from the Landsat 7 Enhanced Thematic Mapper Plus was captured on July 29, 2002. The Florence Fire had grown to 50,000 acres and the Sour Biscuit Fire had grown to 16,000 acres. Numerous evacuation notices remain in effect. In this false-color image, vegetation is green, burned areas are deep magenta, actively burning fronts are bright pink, and smoke is blue.