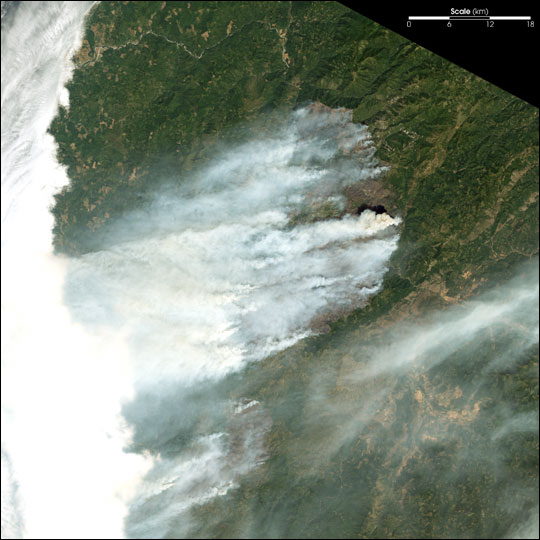 Thick smoke from the actively burning eastern perimeter of the Florence Fire is billowing southward and mingling with the Biscuit Fire smoke.