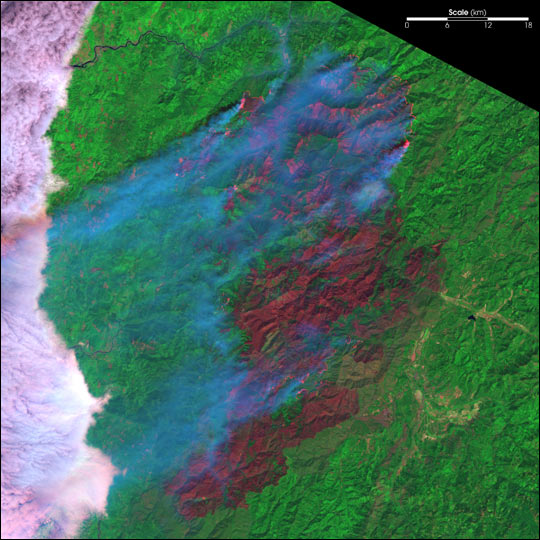 On Wednesday, August 7, 2002, two large Oregon fires merged into a single massive fire of more than 333,000 acres. In southwest Oregon, the Sour Biscuit fire on the Oregon-California state line, and the larger Florence Fire to its north closed the gap between them and created an enormous blaze that retained the name Biscuit Fire. The fire has burned over the Oregon state line into California. This image of the fires and thick smoke was captured by the landsat 7 Enhanced Thematic Mapper Plus on August 14, 2002.

In this false-color iamge, vegetation is green, burned areas are deep magenta, actively burning fire is bright pink, and smoke is blue.