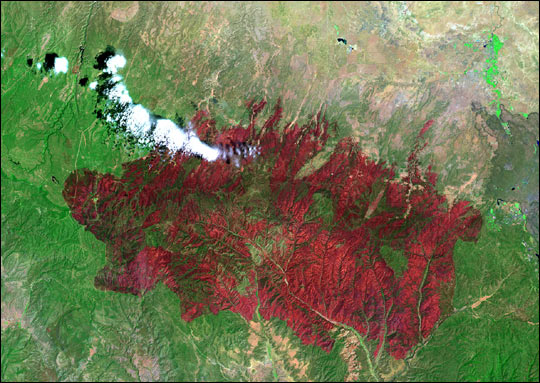 This image from the Landsat Enhanced Thematic Mapper Plus (ETM+) shows the Rodeo-Chediski Fire on July 7, 2002. The result of two large fires that combined into a single blaze, the fire consumed almost half a million acres, and was the largest and most expensive fire in Arizona’s known history, costing more than $30 million before it was contained.