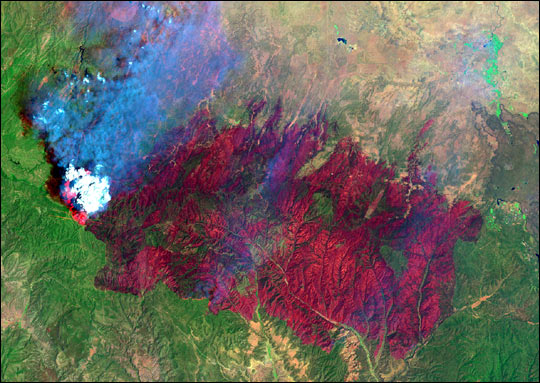 This image from the Landsat Enhanced Thematic Mapper Plus (ETM+) shows the combined Rodeo and Chediski Fires on June 29, 2002. The eastern part of the fire was the Rodeo Fire and the western was the Chediski Fire. The two large fires, one allegedly due to arson, and the other by a lost hiker, consumed almost half a million acres. The combined fire was the largest and most expensive fire in Arizona’s known history, costing more than $30 million before it was contained.