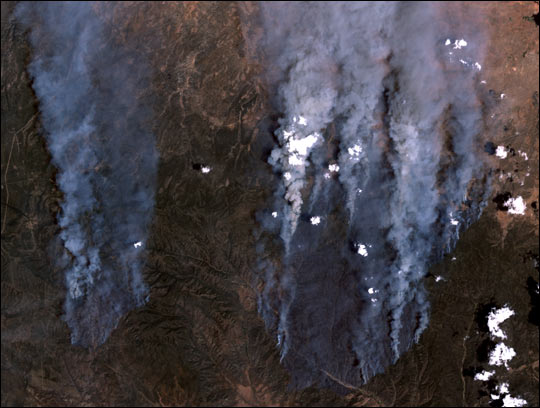 On June 21, 2002, the Rodeo and Chediski Fires in east-central Arizona were still two separate fires. This true-color scene from the Enhanced Thematic Mapper Plus aboard the Landsat 7 satellite shows the massive quantities of smoke streaming northward from the fires, which are burning about 100 miles east-northeast of Phoenix. The smaller Chediski Fire is on the left, and the Rodeo Fire is on the right. Over the weekend of June 22, the two fires merged into a single 300,000+ acre blaze.