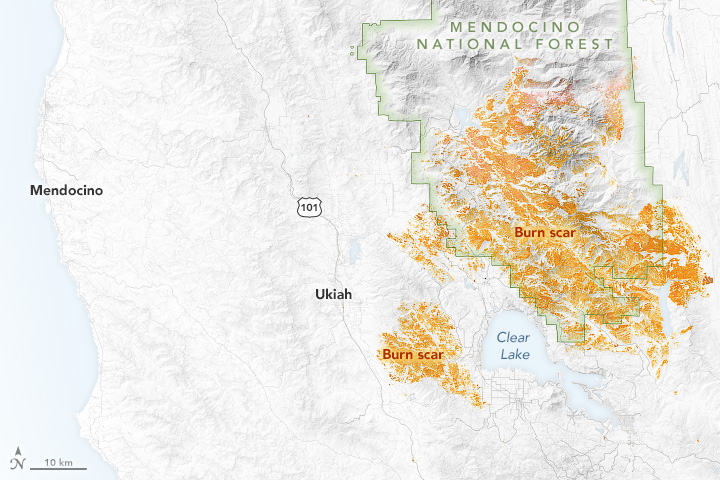 The Scars of Mendocino

Burning from a pair of destructive wildfires in Northern California—known as the Mendocino Complex—is winding down, with full containment expected by early September 2018. In the month since it ignited, the largest wildfire in California history has scorched more than 450,000 acres (1,800 square kilometers or 700 square miles).

The Operational Land Imager (OLI) on Landsat 8 acquired the data for an image (top) on August 27, 2018, one month after the fires started. It shows the burn scar in false color overlaid on a map of the terrain. The complex’s two fires—the River Fire and Ranch Fire—burned primarily in the forested, mountainous areas around Clear Lake. They destroyed hundreds of homes and public and private buildings. 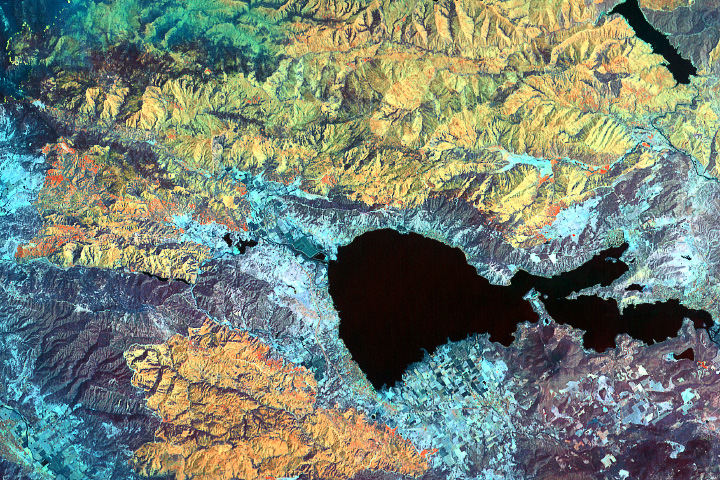 The second image shows a false-color view of the fire area on August 9, 2018, by which time the fire had burned about 300,000 acres. It was acquired by the MODIS-ASTER airborne simulator (MASTER), an instrument flown that day on NASA’s ER-2 high-altitude aircraft. Active fire areas are yellow, burned areas are orange, and unburned areas are blue and green.

The data collected on August 9 were ultimately delivered to the U.S. Forest Service to assist with plans for wildfire response and recovery planning. The airborne data, together with data from similar instruments on satellites, will also contribute to long-term Earth science research.