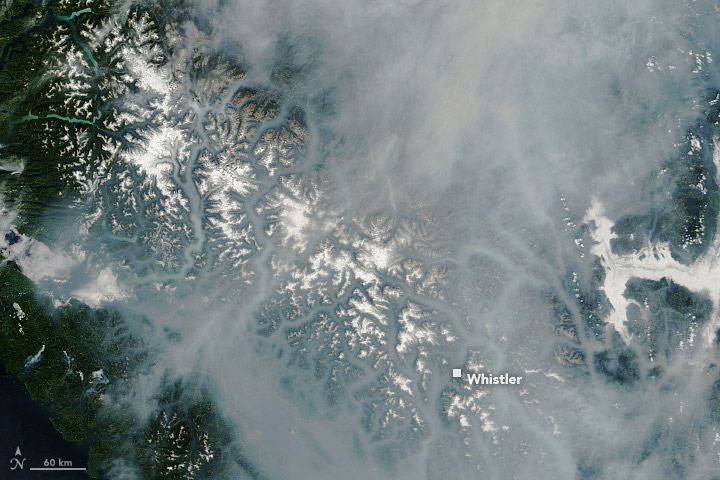 When lightning storms passed over the Canadian province of British Columbia in July and August 2018, they ignited several hundred fires in forests that were already primed to burn. Abnormally hot, dry weather had stressed vegetation and parched the soil. And infestations of mountain pine beetles had left many forests with large numbers of dead trees.

The Moderate Resolution Imaging Spectroradiometer (MODIS) on the Terra satellite captured this image of British Columbia’s smoky landscape on August 13, 2018. Some of the thickest smoke lingered in the valleys, but plumes had also spread well beyond the province into Washington state and deep into the U.S. Midwest.

Plumes of wildfire smoke can have a significant impact on people and the environment. Small particles in smoke pose a health risk because they can easily enter the lungs and bloodstream. And dark particles in smoke can land on snow and ice and accelerate melting by absorbing heat and reducing the reflectivity of the surface. 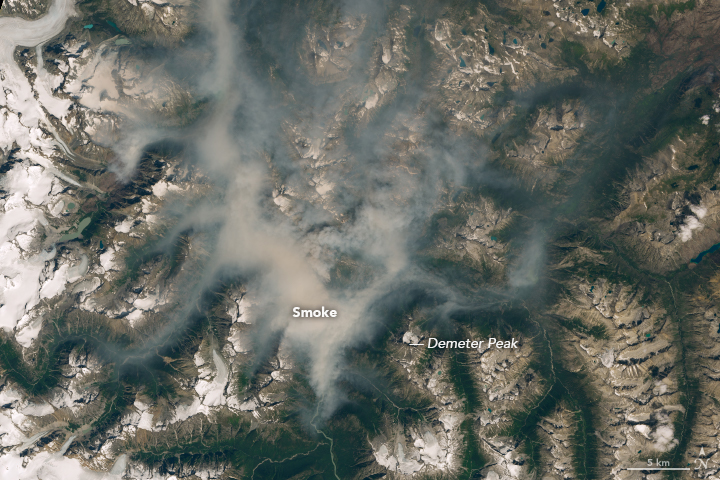 The Operational Land Imager (OLI) on Landsat 8 captured this natural-color image of smoke lingering in valleys near the snow-capped peaks of the Coast Mountains on August 7, 2018.