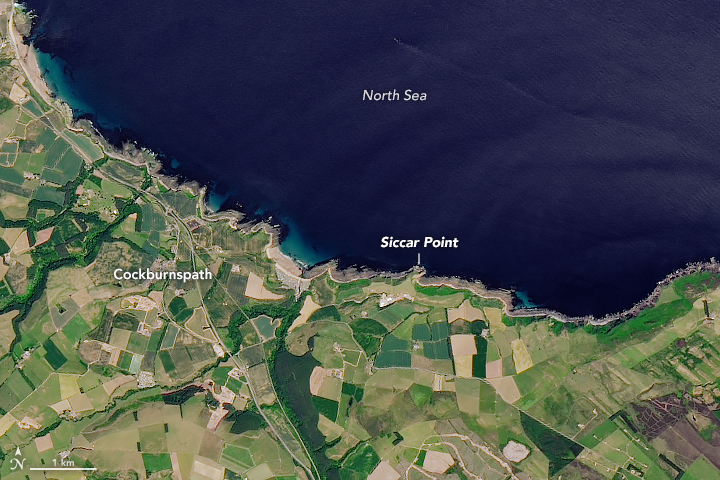 The Abyss of Time

One of the central doctrines of geology is a concept called uniformitarianism—the idea that many of Earth’s geologic processes act in the same manner and with the same intensity in the present as they did in the past. For instance, the processes of erosion and sedimentation—which wear down rocks and create sand and dirt—are thought to operate in the same general way now as they did hundreds of millions of years ago.

In the late 18th century, the thinking was rather different. Many people in Western civilization believed the Earth was only 6,000 years old, that all of the world’s rocks had precipitated from the waters of the Biblical flood endured by Noah, and that fossils were relics of animals that had perished in the flood.

Scottish farmer and scientist James Hutton was one of the first people to make the conceptual leap into a much deeper and expansive view of time. He helped found the science of geology in the process. After spending decades observing how wind and water weathered rocks and deposited layers of soil at his farm in Berwickshire, while also traveling the Scottish countryside in search of fossils, stream cuts, and interesting rock formations, Hutton became convinced that Earth had to be much older than 6,000 years.

In 1788, a boat trip to Siccar Point, a rocky promontory in Berwickshire, helped crystallize Hutton’s view. The Operational Land Imager (OLI) on Landsat 8 acquired this image of the area on June 4, 2018.

At Siccar Point, Hutton was confronted with the juxtaposition of two starkly different types of rock—a gently sloping bed of young red sandstone that was over a near vertical slab of older graywacke that had clearly undergone intensive heating, uplift, buckling, and folding. Hutton argued to his two companions on the boat that the only way to get the two rock formations jammed up against one another at such an odd angle was that an enormous amount of time must have elapsed between when they had been deposited at the bottom of the ocean.

He was right. Geologists now know that tens of millions of years elapsed between when the graywacke and sandstone rock layers formed—years in which intense pressure from shifting tectonic plates and erosion from wind and waves did much to reshape and reorient them before ultimately bringing them together at Siccar Point. “On us who saw these phenomena for the first time, the impression made will not easily be forgotten,” said John Playfair, one of Hutton’s companions on the boat trip. “The mind seemed to grow giddy by looking so far into the abyss of time.”