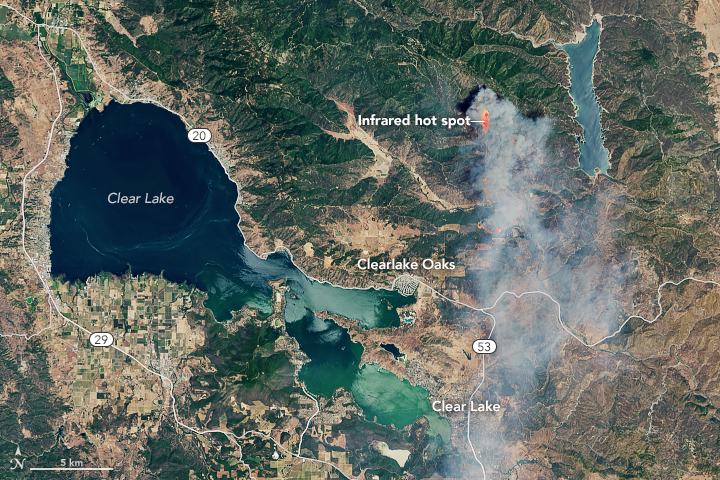 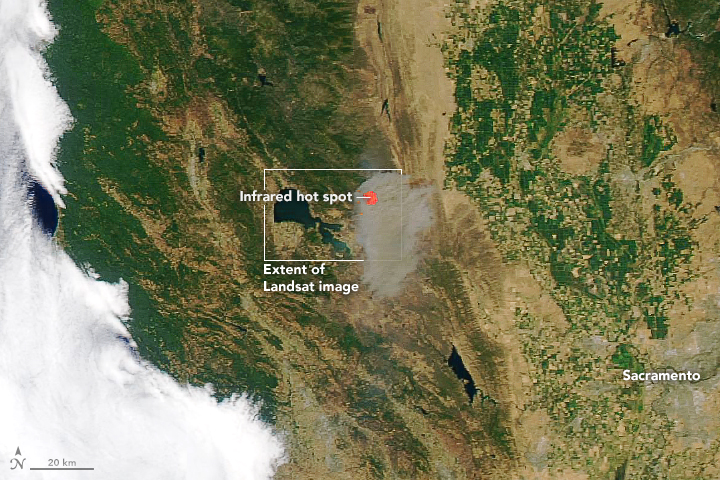 Summer 2018 is officially under way in the Northern Hemisphere, as is fire season. Some areas of Northern California have already been subjected to burning, including Lake County—about 100 miles northwest of Sacramento—where the Pawnee fire has destroyed structures and spurred evacuations.

The fire started on the evening of June 23, 2018. When satellites acquired these images on June 24, the fire had burned more than 1,500 acres and was producing thick smoke.

The Operational Land Imager (OLI) on Landsat 8 acquired the first image at 11:50 a.m. Pacific Time on the 24th. The Moderate Resolution Imaging Spectroradiometer (MODIS) on NASA’s Aqua passed over a few hours later and acquired the wider view. Both images are natural color, overlaid with the infrared signature of actively burning fires.

By June 26, the Pawnee fire had burned 11,500 acres and was 5 percent contained. Low humidity, erratic winds, and high temperatures helped the fire spread, according to CAL FIRE. The New York Times called it the “first explosive fire of the season.” Other smaller fires are burning throughout the region, visible in this statewide map from CAL FIRE.