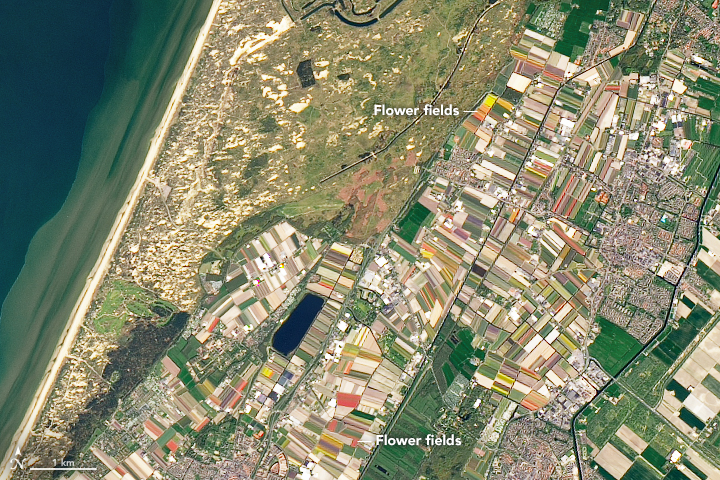 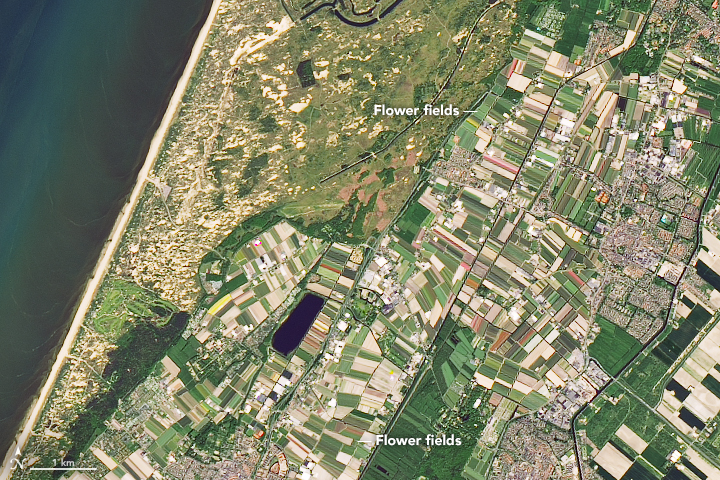 Flower Power in the Netherlands

Every year, seven million flower bulbs are planted in Keukenhof Garden in the Netherlands. When the final winter chill disappears and springtime arrives, the bulbs sprout to produce beautiful rows of reds, oranges, and yellows—including 800 varieties of tulips.

The season begins in March with purple crocuses, followed by hyacinths and daffodils. It ends with tulips reaching peak bloom in April. The vivid display draws more than a million tourists, who line up for a glance before the flowers are harvested and disappear.

The colorful floral spectrum can also be seen from space. The Operational Land Imager (OLI) on Landsat 8 captured the scene on April 21, 2018. The second image, acquired on May 7, shows the same area after many flowers were harvested.

The landscape in these images—known as the “bulb region”—lies about 20 kilometers (12 miles) from Amsterdam. It contains numerous gardens, including Keukenhof, one of the world’s largest flower gardens. The Netherlands is the largest producer of tulip bulbs in the world, providing 4.2 billion annually and exporting half.