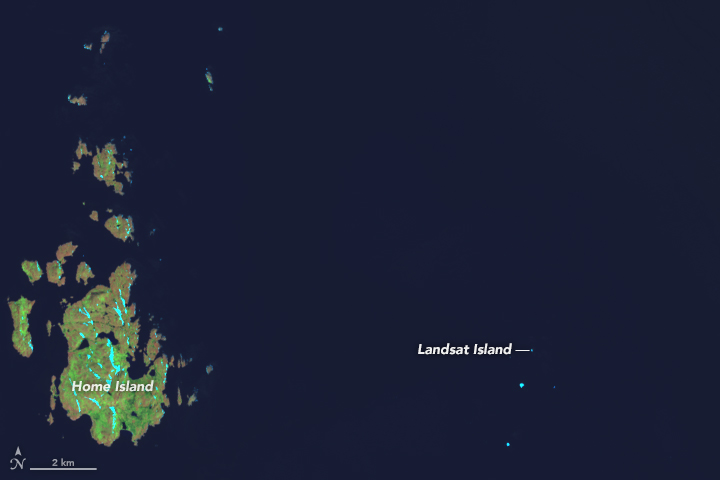 The Island Named After a Satellite 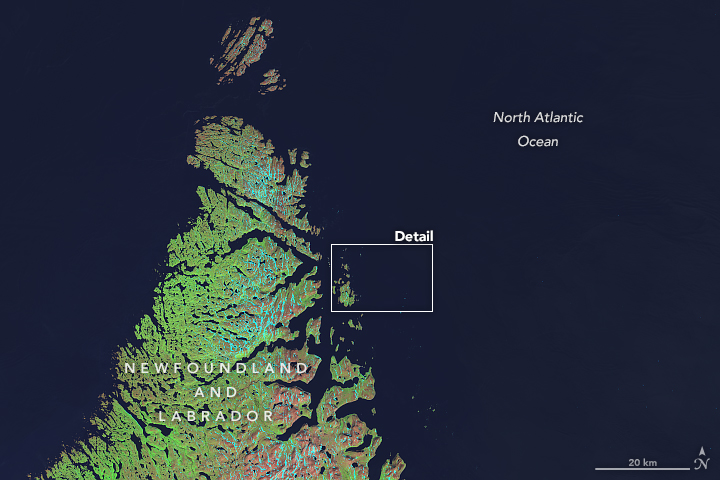 It measures 25 meters by 45 meters (27 yards by 49 yards), about half the size of a football field. It is so small that you cannot see it on Google maps. This barren bit of rock off the coast of Canada also has an unusual namesake: the Landsat 1 satellite.

The small size is actually what made the island notable in 1973, when it was initially discovered. Betty Fleming, a researcher with the Topographic Survey of Canada, was hunting for uncharted islands and rocks amidst data from the new Landsat 1 satellite—originally called Earth Resources Technology Satellite 1, or ERTS 1. She was particularly interested in the new satellite's ability to find small features. Working with the Canadian Hydrographic Service, Fleming scanned images of the Labrador coast, an area that was poorly charted. About 20 kilometers (12 miles) offshore, the satellite detected a tiny, rocky island that eventually came to be known as “Landsat Island.” The island was positioned in 1976.

The name of the island is a bit unconventional. According to Bob Ryerson, who worked with Fleming as an environmental scientist, Canadian federal protocol only allowed for geographic features to be named for people who were already deceased. The island was unofficially called ERTS Island before it was officially dubbed Landsat Island in 1979, after the satellite’s name changed.

The island is barely a speck on this image captured on July 15, 2014, by the Operational Land Imager (OLI) on Landsat 8. Spanning no more than a pixel or two, Landsat Island is difficult to observe by satellite because clouds often shroud much of the Labrador Sea in the summer, and ice crowds the water in wintertime. With one pass every 16 days, there are very few occasions when a Landsat gets a clear view of the area.

The number of documented visitors to Landsat Island is limited. It took a few years after the discovery for hydrographers to verify the existence of the island. About 20 years later, David Gray of the Canadian Hydrographic Service visited the area by helicopter. He did not set foot on the island, but he took aerial photographs (including the one below) and tagged the location with the helicopter’s GPS. Gray was responsible for calculating Canada’s maritime boundaries so they could be correctly shown on nautical charts, and Landsat Island was one of a hundred points he was verifying. 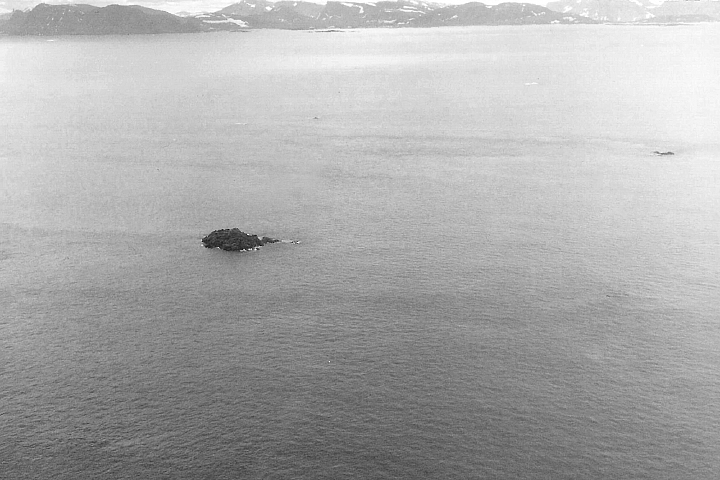 Perhaps because of the limited number of visitors, the exact composition and origins of Landsat Island are unknown. Nearby Home Island is composed of 2.8 billion-year-old Archean rocks that were once part of an ancient landmass connected to Greenland, according to Richard Wardle, a geologist who mapped this area. About 80 million years ago, plate tectonics split the land apart and opened the Labrador Sea.

Beyond its role in satellite trivia, Landsat Island is not particularly notable. “There’s no vegetation on it, not even grass,” said Gray. “It’s just like any other barren rock.”