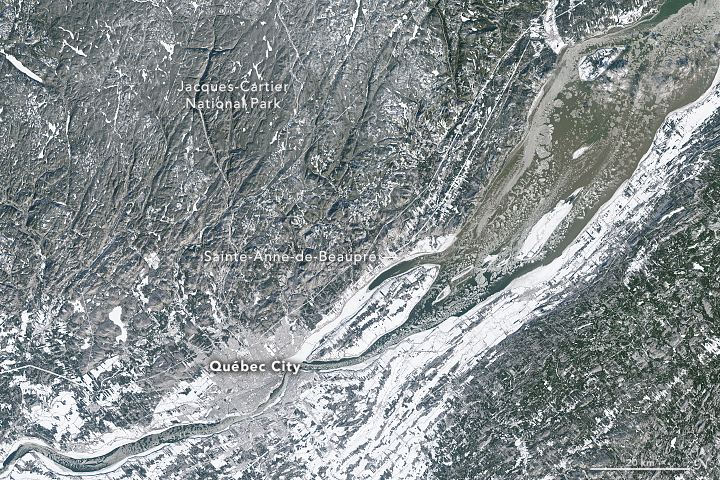 It is one of the oldest continuously inhabited cities in the Americas, and the one that still feels closest to its roots. Some people refer to it as the “most European city in North America.”

Québec City draws its name from the Algonquin word kebek: “where the river narrows.” The Saint Lawrence River is pinched together here by the promontory (headlands) of the Cap-Diamant (Cape Diamond) and by the city of Levis, then split in two by Ile d'Orleans. French explorer Jacques Cartier attempted the first European settlements in this area in 1535 and again in 1541. Samuel de Champlain finally planted the seed that took permanent root in 1608.

The “Old City,” or Vieux-Quebec, is rich with 400-year old buildings, narrow cobblestone streets, and blend of old French and English history and culture. It is home to the only fortified city walls in the Americas outside of Mexico, and a colonial-era citadel is still manned by Canadian soldiers on the heights. The iconic Chateau Frontenac stands at the top of the city as perhaps the most photographed hotel in the world. UNESCO has declared Old Québec to be a World Heritage Site. 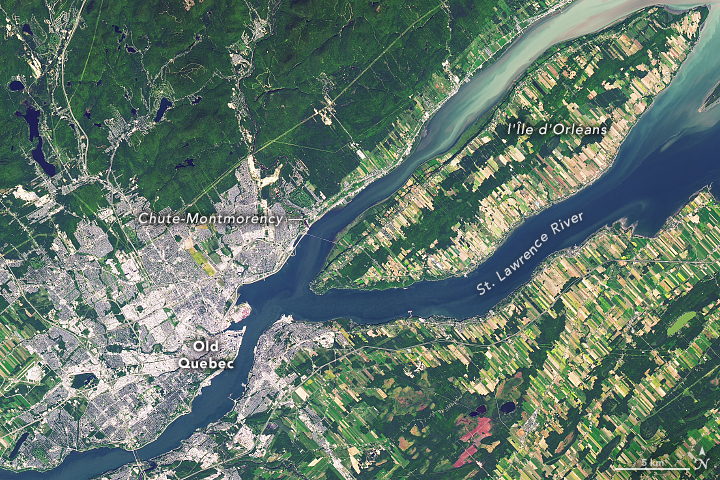 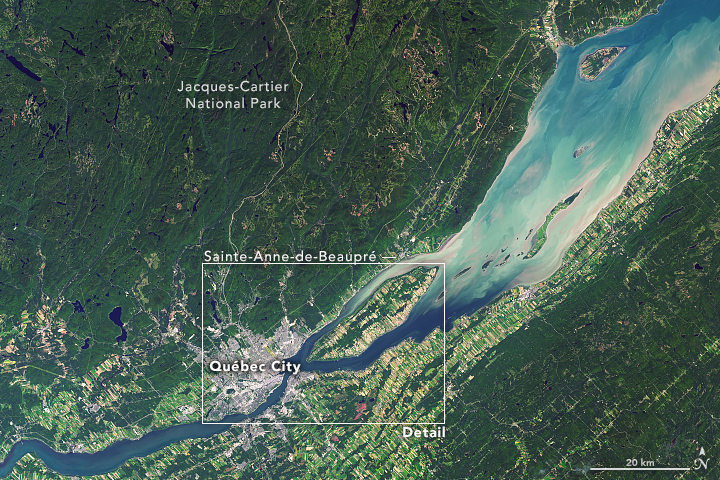 To the northeast of the city, the Montmorency River drops over an 84 meter (276 feet) cliff to reach the Saint Lawrence River. Chute-Montmorency (Montmorency Falls), which stands 30 meters (100 feet) higher than Niagara Falls, draws thousands of visitors each year to its hiking trails, zipline, cable car, and suspension bridge. In winter, the spray from the falls freezes and piles up into a great cone of ice known as the “Sugar Loaf.”

Farther downstream, the small village of Sainte-Anne-de-Beaupré is home to a grand Romanesque Revival style Catholic basilica that draws nearly 500,000 pilgrims each year. To the north, Jacques-Cartier National Park lures visitors in summer with biking and hiking trails, kayaking, canoeing, tubing, and fishing, while winter travelers enjoy the snowshoeing and skiing just a short car-ride from the city.