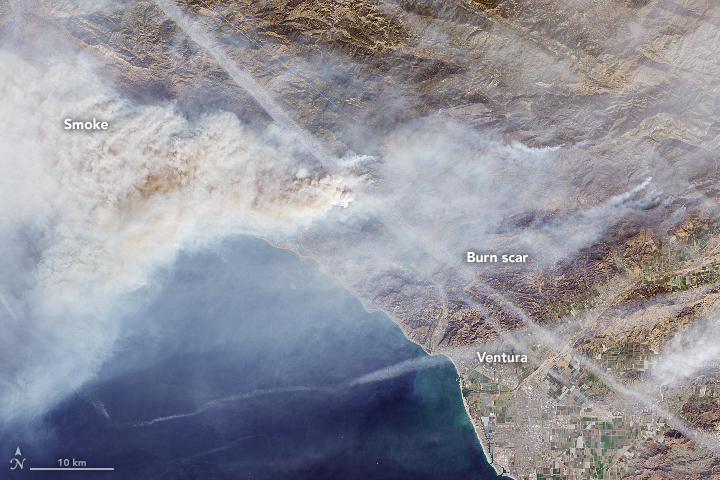 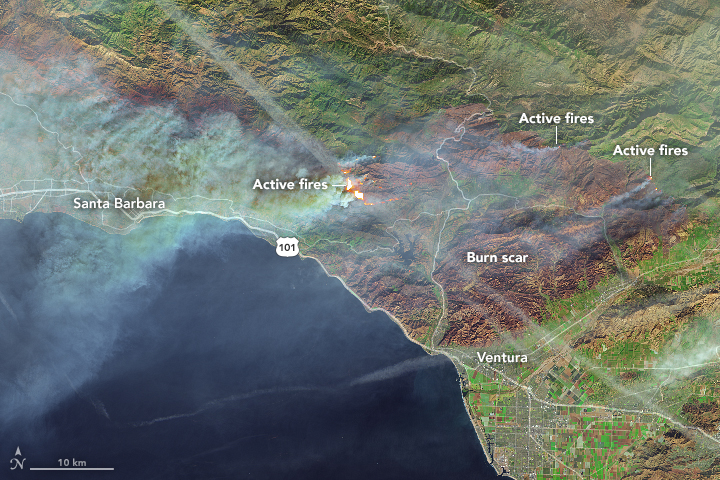 In Southern California, wildfires that have burned for nearly a week continue to rage.

On December 9, 2017, the Operational Land Imager (OLI) on Landsat 8 acquired a natural-color image (top) of the Thomas Fire in Ventura County, California. At the time, an active fire front was pushing west toward Santa Barbara County. The thick plumes of smoke there have prompted authorities to issue air quality warnings and to temporarily close schools.

The second image is a false-color view of the burn scar. It is based on observations of visible and shortwave infrared light from OLI and of surface heat from Landsat’s Thermal Infrared Sensor (TIRS). Active fires appear orange; the burn scar is brown. Unburned vegetation is green; developed areas are gray. As of December 11, the fire had charred 230,500 acres (93,000 hectares or 360 square miles) and destroyed 794 structures, according to Cal Fire.