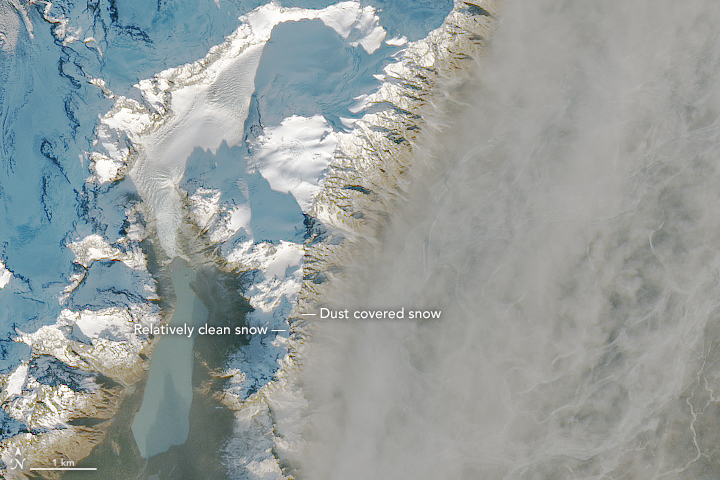 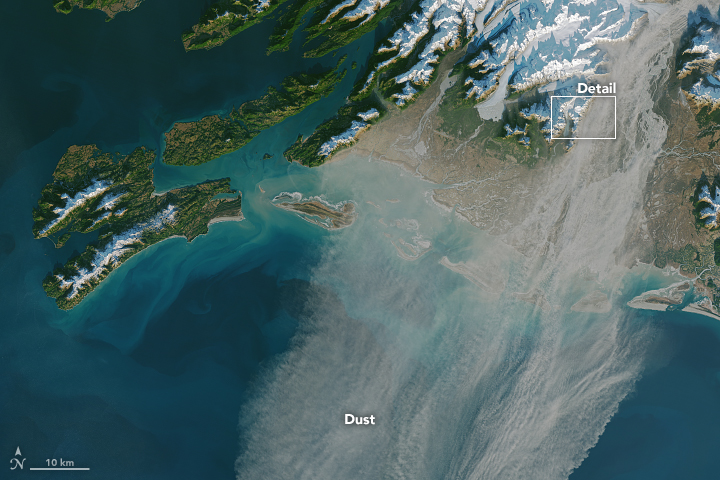 On November 15, 2017, the Operational Land Imager (OLI) on Landsat 8 acquired images of dust blowing out of the Copper River Valley on Alaska’s south coast. The dust was thickest within the valley. Just over the ridge line to the west, on Saddlebag Glacier and lake, the air and snow was comparatively clean.

The second image shows a wider view of the storm. The dust plume was likely comprised of fine-grained loess, which was formed as glacial ice moved over the area and ground the underlying rock into a powder (sometimes called “glacial flour”). Dust storms in southern Alaska generally occur in late fall, when river levels are relatively low, snow has not yet fallen, and the layers of dried, loess-rich mud are exposed to the wind.

The Copper River drains an area of more than 24,000 square miles (62,000 square kilometers) and it is, by volume of discharge, the tenth largest river in the United States. Its delta forms one of the largest and most productive wetlands on the Pacific Coast of North America. The river is named for ore deposits found upstream.

To help clarify the role of dust storms in promoting phytoplankton blooms, a small team of NASA-funded scientists has been studying the area since 2011 via satellites and ground-based air monitors on nearby Middleton Island.