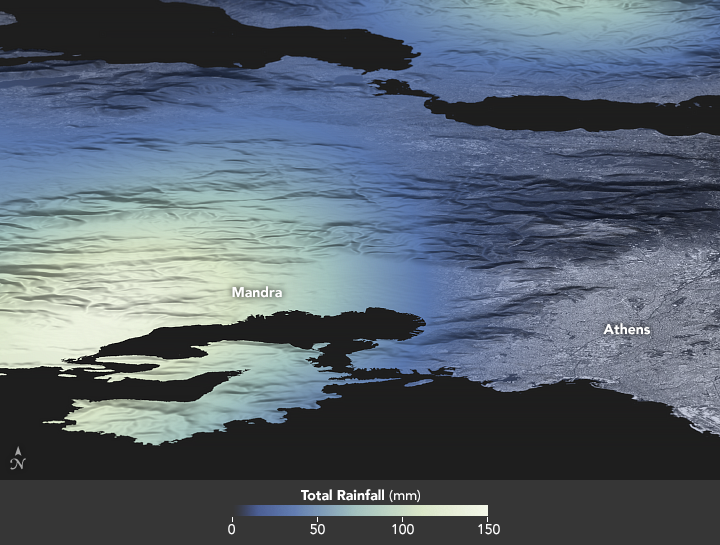 Late on November 14, 2017, a slow-moving weather system in the Mediterranean brought torrential rain and flash floods to Greece. Among the hardest hit places was Mandra, a town west of Athens. Floods there left hundreds of people homeless and claimed several lives.

This three-dimensional map shows satellite-based measurements of the rain that fell in the area from November 14 to 16. The data come from the Integrated Multi-Satellite Retrievals for GPM (IMERG), a product of the Global Precipitation Measurement mission. The precipitation data was draped over terrain data from the Advanced Spaceborne Thermal Emission and Reflection Radiometer (ASTER).

The GPM satellite is the core of a rainfall observatory that includes measurements from NASA, the Japan Aerospace Exploration Agency, and five other national and international partners. These rainfall totals are regional, remotely-sensed estimates, and local amounts can be significantly higher when measured from the ground.