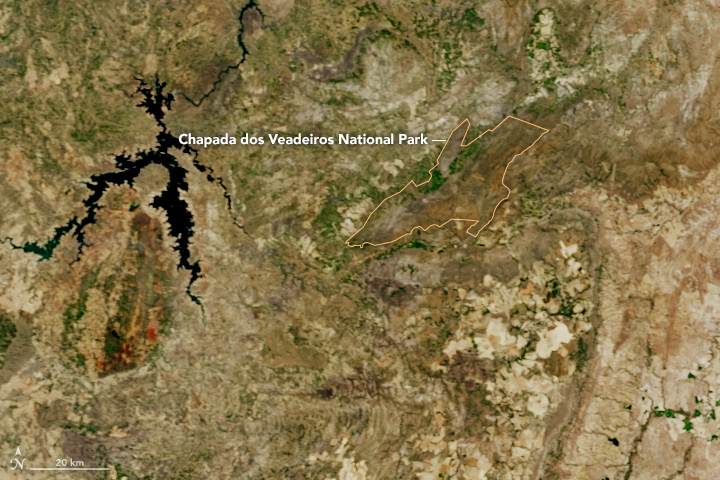 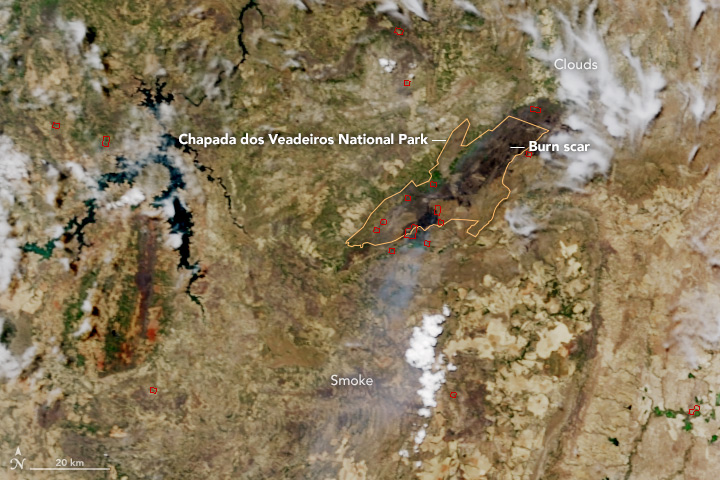 Hundreds of firefighters are battling a blaze in Brazil’s Chapada dos Veadeiros National Park. The fire started on October 17, 2017, and within six days it had charred 35,000 hectares (86,000 acres), roughly 15 percent of the park, according to the Chico Mendes Institute for Biodiversity Conservation, which manages the park.

NASA’s Terra and Aqua satellites began to detect fires in the park on October 17. The natural-color image at the top was captured by the Moderate Resolution Imaging Spectroradiometer (MODIS) on the Terra satellite on October 22, 2017. The second image shows the same area on October 6, before the fire had started. Burned areas appear darker brown than the surrounding cerrado landscape. Red outlines indicate hot spots where MODIS detected unusually warm surface temperatures—a sign of actively burning fires.

Chapada dos Veadeiros, a UNESCO world heritage site, is prized for the richness of its flora and fauna. The park supports between 350 and 400 species of vascular plants per hectare. Many endangered species are found within the park’s boundaries, such as the maned wolf, capybaras (the largest rodents in the world), and rheas (the largest birds in South America). Other large mammals in the park include the giant anteater, giant armadillo, and jaguar. 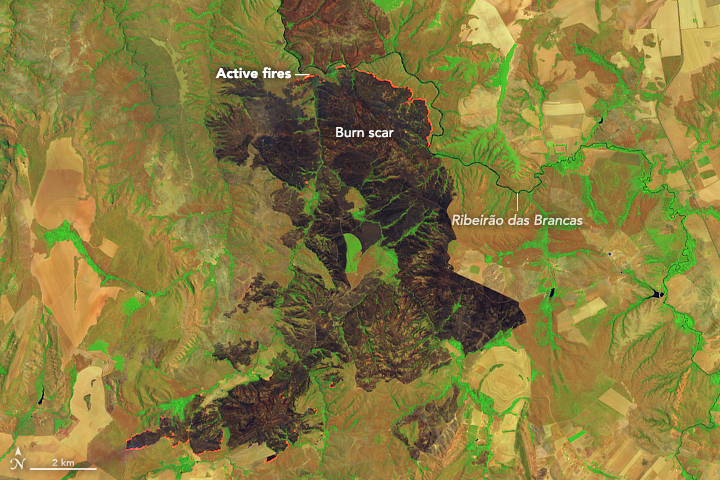 The fire is one of several that have burned in this region recently. Throughout October, satellites detected several fires burning nearby in the states of Goiás, Tocantins, and Bahia. On October 12, 2017, the Operational Land Imager (OLI) on Landsat 8 captured an actively burning fire southeast of the park, near the Ribeirão das Brancas, a river in Goiás. MODIS satellites first detected evidence of the fire on October 10; it appeared to be extinguished by October 15.