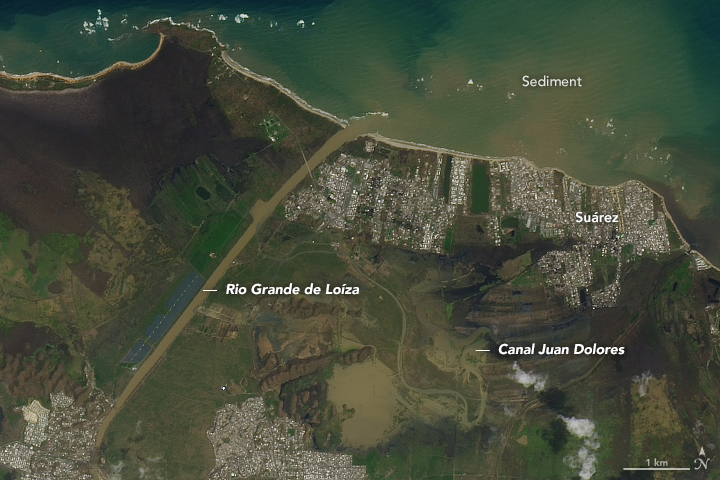 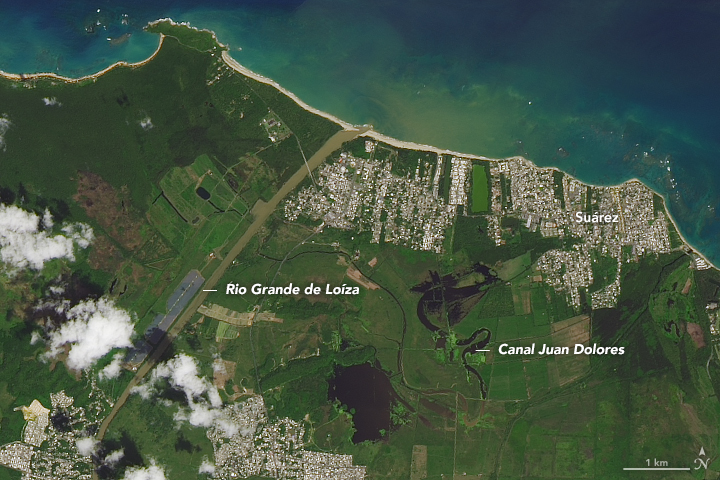 Hurricane Maria tore across Puerto Rico on September 20, 2017, ravaging both urban and rural areas with category 4 winds and intense rainfall for several days. Most of the electric power grid and telecommunications network was knocked offline; towns both inland and at the coast were swamped with floodwaters and storm surges; and the lush green landscape turned brown from damaged vegetation and mud and debris deposits.

On September 26, 2017, the Operational Land Imager (OLI) on the Landsat 8 satellite captured some of the first natural-color satellite images of Puerto Rico after Hurricane Maria. Cloud cover is common in the tropics and has been particularly bad in the days since the storm, so researchers have been unable to see much from orbit.

The images above show the Rio Grande de Loíza, the island’s largest river by volume, where it meets the Atlantic Ocean several miles east of San Juan and west of Suárez. The images below show an interior portion of the island around the Lago Loíza reservoir, south of San Juan and north of Caguas. In each pair the second image shows the same area one year ago (September 23, 2016) so as to provide a proper seasonal comparison. (Note: the green color of the lake in 2016 could be an algae bloom or some other form of water vegetation.) 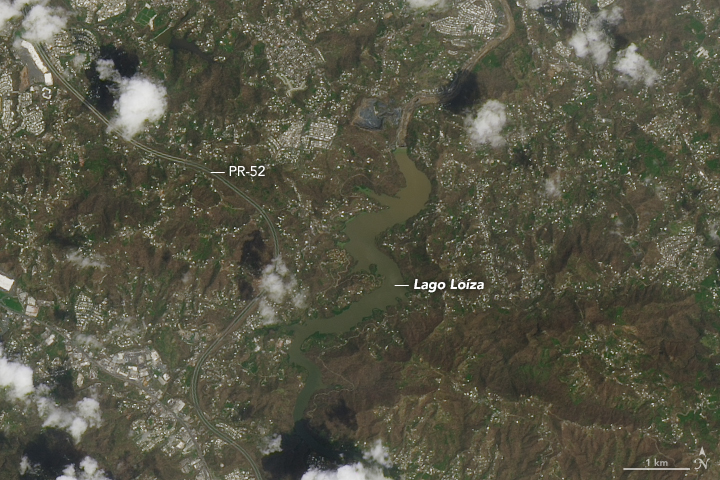 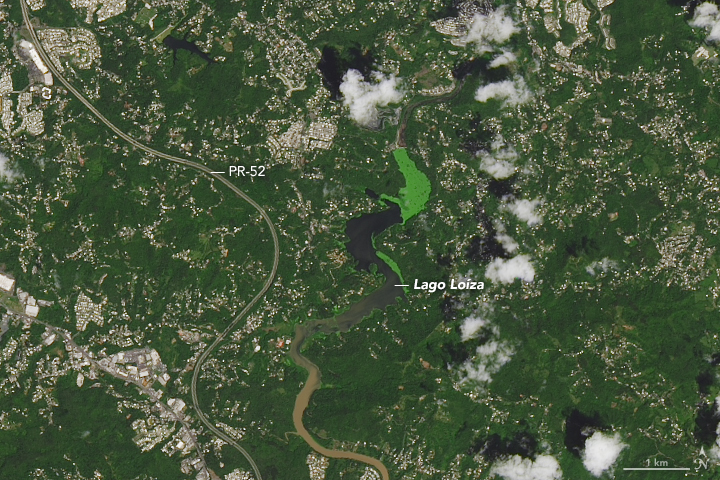 NASA’s Disasters Program has delivered to the Federal Emergency Management Agency (FEMA) a map of areas in eastern Puerto Rico that have likely been damaged as the result of the landfall of Hurricane Maria. The “damage proxy map” was created by the Advanced Rapid Imaging and Analysis team (Jet Propulsion Laboratory) and derived from synthetic aperture radar images from the European Space Agency’s Copernicus Sentinel-1A and Sentinel-1B satellites.

The National Oceanic and Atmospheric Administration is making aerial surveys of the U.S. states and territories affected by hurricanes Harvey, Irma, and Maria. Click here to see photos as they become available.