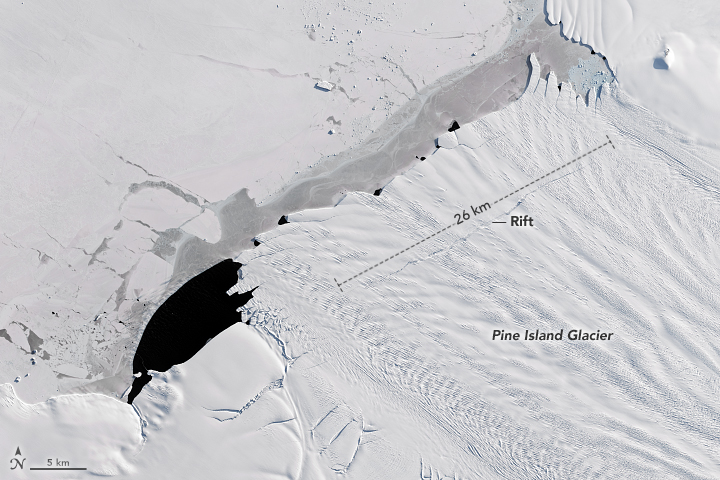 A new iceberg calved from Pine Island Glacier—one of the main outlets where ice from the interior of the West Antarctic Ice Sheet flows into the ocean.

The Operational Land Imager (OLI) on the Landsat 8 satellite captured this natural-color image on September 21, 2017, just before the break. A rift is clearly visible across the center of the glacier’s floating ice shelf.

The break ultimately produced iceberg B-44, visible in radar imagery captured September 23 with the European Space Agency’s Sentinel-1 satellite. The new berg, afloat in the Amundsen Sea Embayment, has an area of about 185 square kilometers (72 square miles). That’s larger than the pieces that broke away in January 2017, but smaller than the 583-square-kilometer (225-square-mile) berg that was spawned in July 2015.