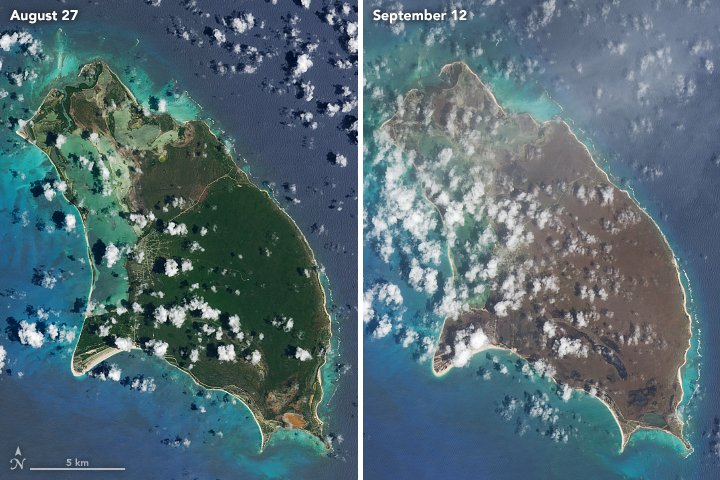 After Hurricane Irma, satellite images indicated a widespread browning of many Caribbean islands in the storm’s destructive path. These natural-color images, captured by the Operational Land Imager (OLI) on the Landsat 8 satellite, show Barbuda (above) and Saint Barthélemy (below) before and after the storm. The views were acquired on August 27 and September 12, 2017.

As noted in a story describing the same phenomenon in the Virgin Islands, there are a number of possible reasons for the browning. Lush green tropical vegetation can be ripped away by a storm’s strong winds, leaving the satellite with a view of more bare ground. Also, salt spray whipped up by the hurricane can coat and desiccate leaves while they are still on the trees. 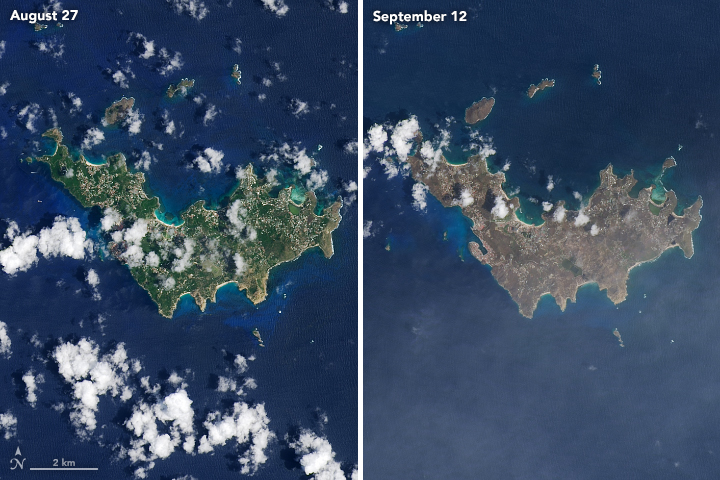