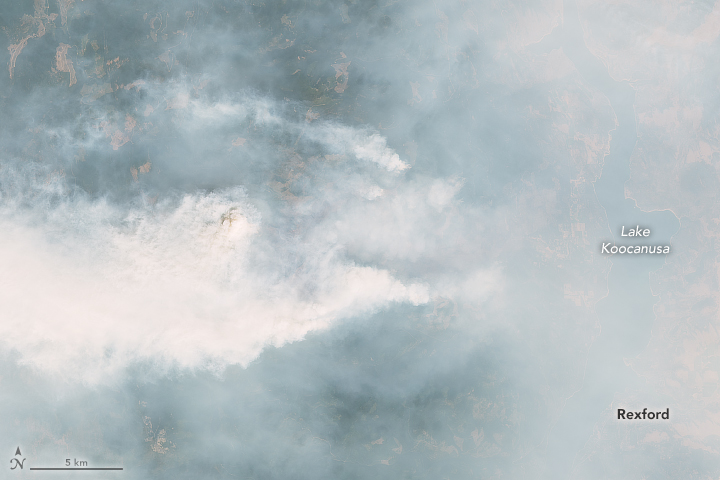 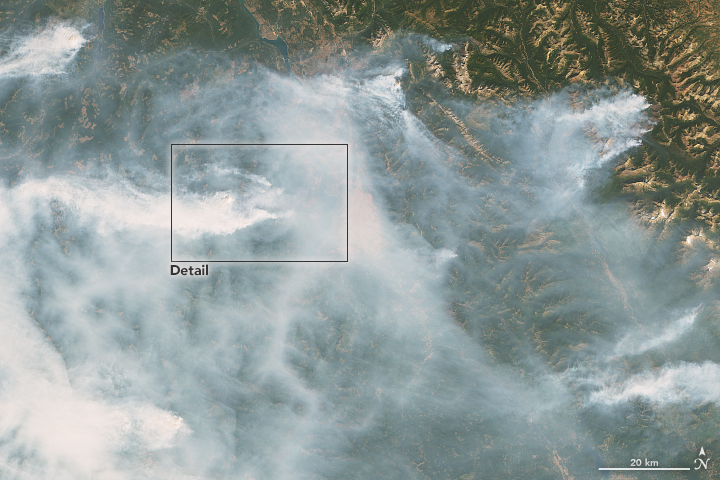 Fires near the Montana-Canada Border

On September 5, 2017, the National Interagency Fire Center reported that 81 large fires were raging across the United States, mainly in the Northwest. Together these fires have sent vast plumes of smoke streaming across the country and have charred 1.4 million acres—about one-sixth of the total burned in 2017 in the United States.

Twenty-eight of these fires were burning in Montana. The Operational Land Imager (OLI) on Landsat 8 captured images of a few of those fires on September 4, 2017. The second image shows a wider view of the same area.

When the image above was acquired, the Caribou fire had charred 17,000 acres (7,000 hectares) west of Lake Koocanusa, a reservoir on the Kootenay River. The blaze destroyed 10 homes and 30 outbuildings, according to news reports. More than 175 firefighters were on the scene fighting the blaze, which was first discovered on August 11 after a lightning storm.