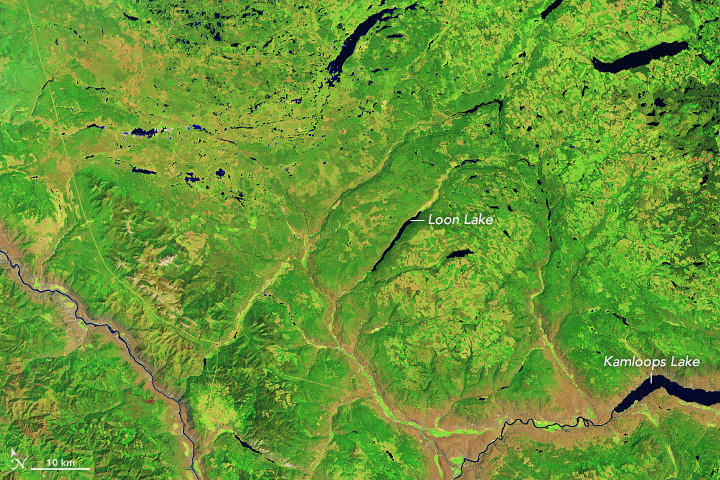 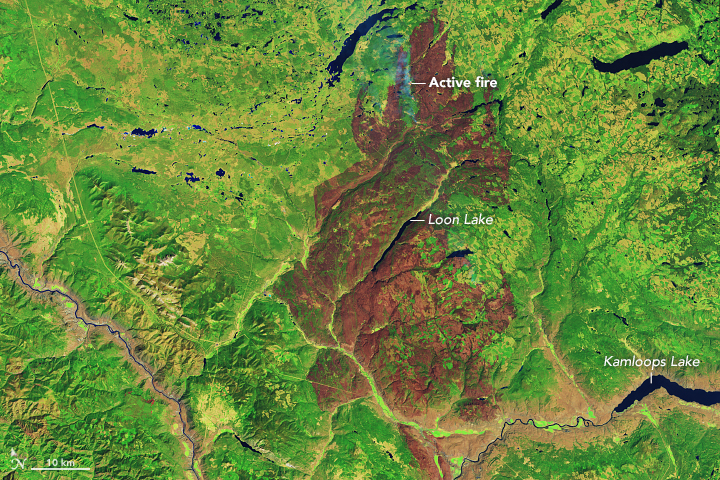 NASA satellites first detected evidence of a wildfire burning in Canada along the Thompson River near Ashcroft, British Columbia, on July 7, 2017. Since then, the Elephant Hill fire has chewed through 167,000 hectares (644 square miles) of forest, according to the British Columbia Wildfire Service.

The Operational Land Imager (OLI) on Landsat 8 captured a false-color image (second) of the burn scar on August 22, 2017. The first image shows the area on July 5, 2017, before the fire began.

On the day that OLI acquired the image, smoke rose from hot spots along the north flank of the burn scar as fires flared up in hot, windy weather. With 400 firefighters on the scene, the blaze was 35 percent contained as of August 24, 2017.