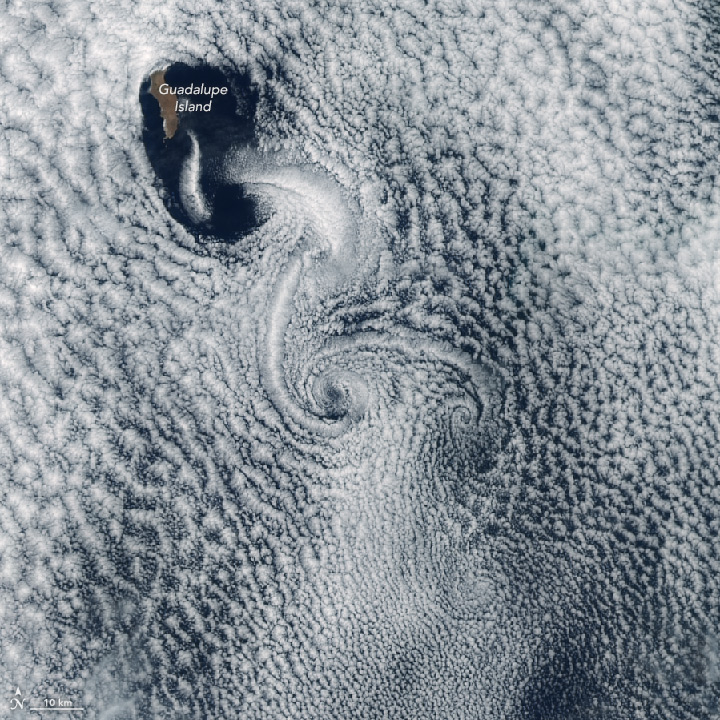 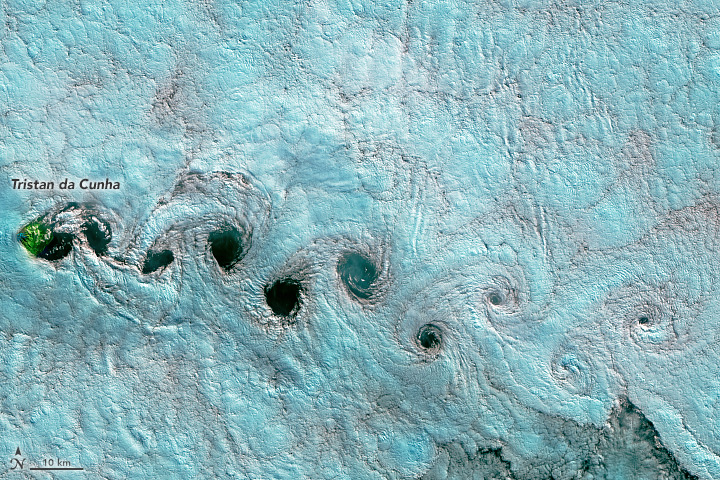 In 1912, physicist Theodore von Kármán first described a process that makes long, spiraling cloud patterns in the sky. These so-called “von Kármán vortices” arise when winds are diverted around a blunt, high-profile area, often an island rising from the ocean. The alternating direction of rotation in the air forms swirls in the clouds.

Satellites regularly spot these wind and cloud patterns around the world. On May 24, 2017, the Visible Infrared Imaging Radiometer Suite (VIIRS) on the Suomi NPP satellite captured a natural-color image (top) of such swirls on the lee side of Guadalupe Island. The volcanic island rises from the Pacific Ocean off the coast of Baja California, Mexico.

According to Carlos Torres of the Autonomous University of Baja California, the pattern of the swirls depends on the wind intensity. The vortices are driven by the prevailing winds, which can change seasonally and cause differences in the direction and structure of the vortices.

The second image shows the same phenomenon occurring an ocean basin away, on the lee side of Tristan da Cunha—a remote volcanic island in the South Atlantic. The image was captured on June 25, 2017, by the Operational Land Imager (OLI) on the Landsat 8 satellite. The image is false-color (OLI bands 6-5-3) to better distinguish areas of land, water, and clouds.