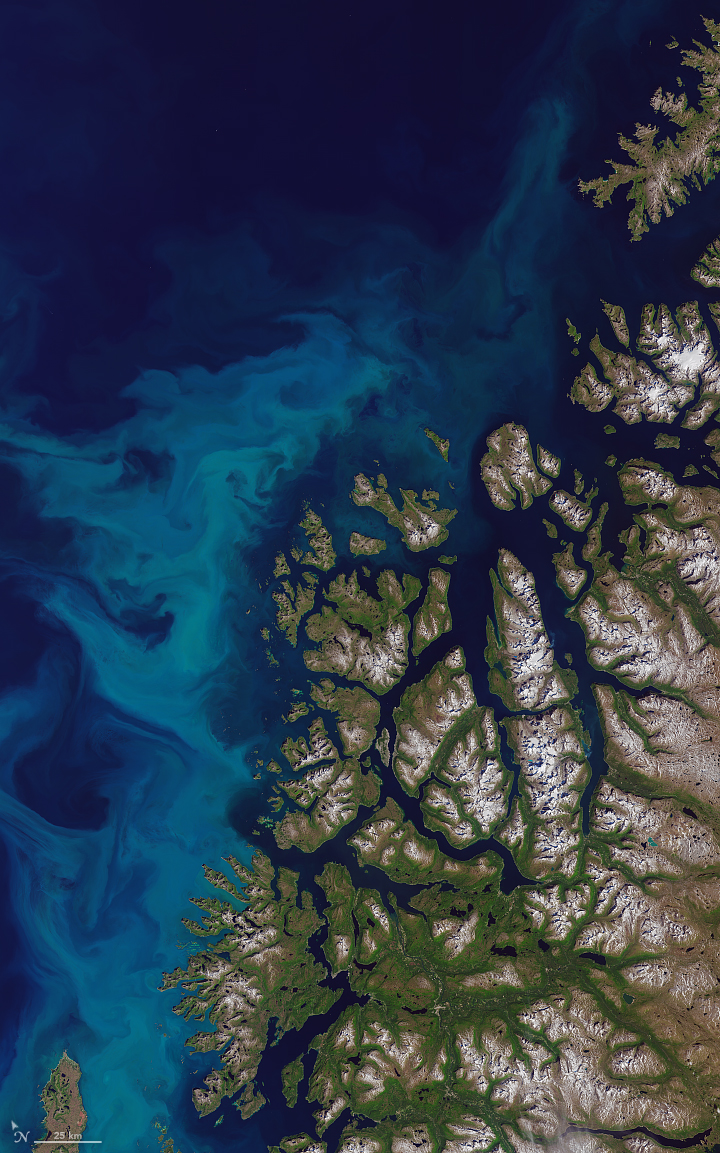 On July 23, 2017, the Operational Land Imager (OLI) on the Landsat 8 satellite acquired this image of an apparent phytoplankton bloom off the northwest coast of Norway.

On that same day, the Moderate Resolution Imaging Spectroradiometer (MODIS) on NASA’s Terra satellite captured a wide view of the region.

The light, milky-blue color suggests the bloom could contain coccolithophores—microscopic phytoplankton that are plated with white calcium carbonate. Other colors in the scene may come from sediment or other species of phytoplankton. Blooms at this latitude are triggered in part by the sunlight of long summer days.

Blooms can flourish farther north as well. The Barents Sea is known to host some stunning displays of plankton, visible from space in summer months when the sea becomes ice free.