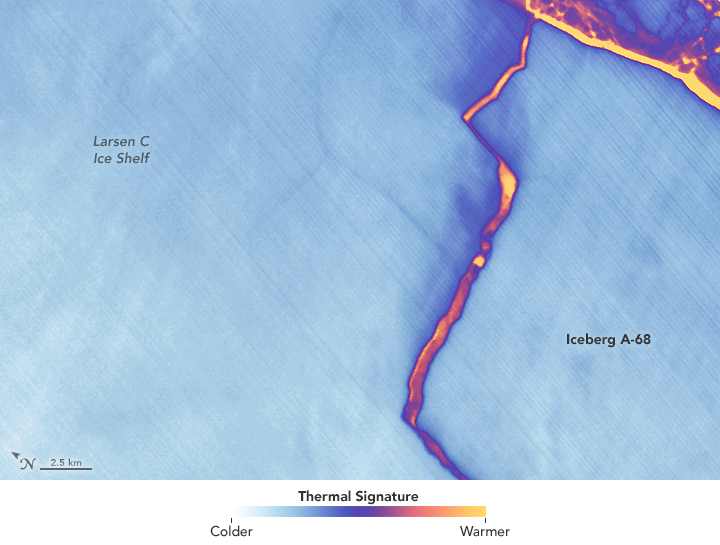 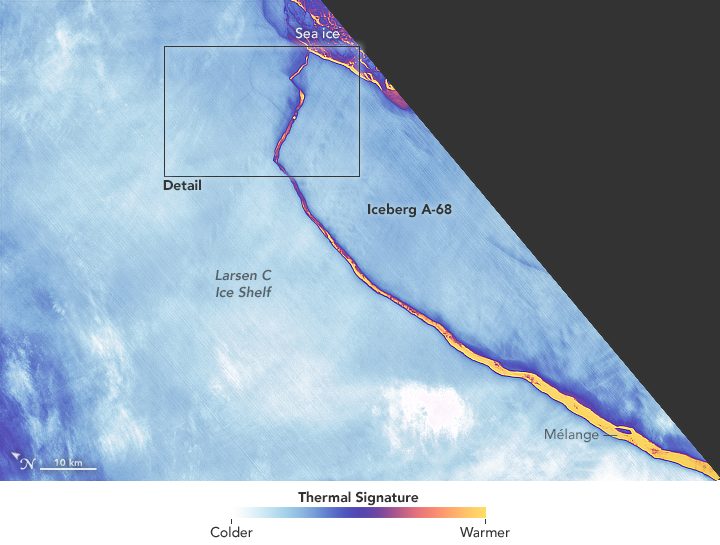 Landsat Spots Birth of Iceberg A-68

Early on July 12, 2017, satellites captured imagery of the new, massive iceberg that broke away from Larsen C—an ice shelf on the east side of the Antarctic Peninsula. Later that day, the Landsat 8 satellite acquired a more detailed look (above).

The false-color image was captured by Landsat’s Thermal Infrared Sensor (TIRS). It shows the relative warmth or coolness of the landscape. Orange indicates where the surface is the warmest, most notably the mélange between the new berg and the ice shelf. Light blues and whites are the coldest areas, including the ice shelf and the iceberg.

On July 13, the U.S. National Ice Center issued a press release confirming the new iceberg and officially naming it A-68.