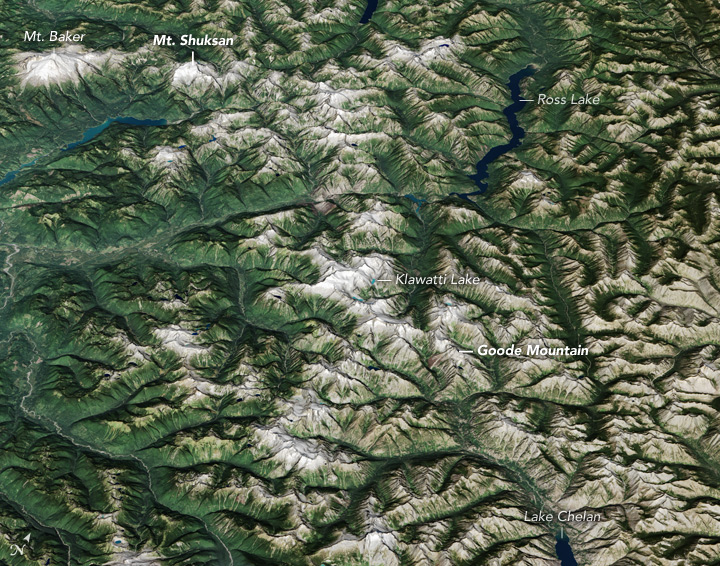 Despite its name, the most heavily glaciated area in the contiguous United States is not Montana’s Glacier National Park. The distinction instead belongs to North Cascades National Park in Washington.

More than 300 glaciers dot the peaks of this section of the Cascade mountain range, which runs from California to British Columbia. And like many small mountain glaciers around the world, they are shrinking. Scientists estimate that over the last 100 years, the area of the park covered by glaciers has shrunk by about 50 percent. And among the park’s glaciers routinely monitored since 1993, all of them have lost volume.

The snow- and ice-capped mountains of the North Cascades are visible in this natural-color image acquired on September 13, 2016, by the Operational Land Imager (OLI) on Landsat 8. The image was draped over terrain data from the Advanced Spaceborne Thermal Emission and Reflection Radiometer (ASTER).

Meltwater from North Klawatti Glacier feeds Klawatti Lake, the turquoise dot in the center of the image. This glacier, confined by the walls of a mountain valley, is estimated to have lost about 4 square kilometers of area between 1958 and 1998. The lake and glacier are visible in the photo below from September 2009. 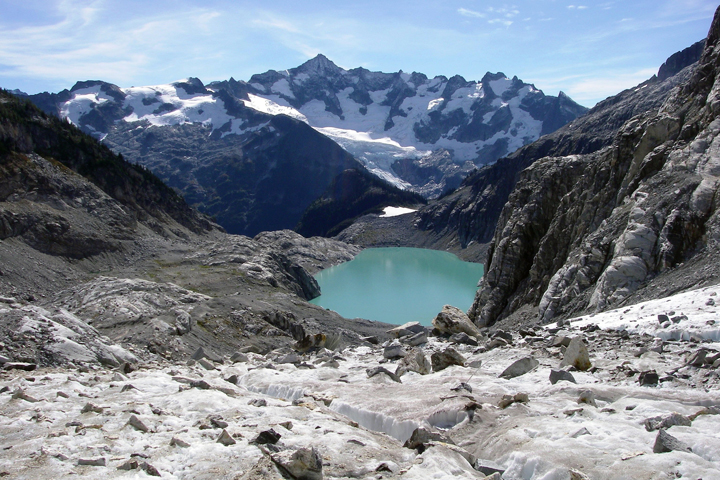 Glaciers are found primarily in the cold and rocky higher elevations of the park. Rock that once sat below the Pacific Ocean was brought together by the movement and collision of tectonic plates. The collisions pushed rock upward to form the mountainous peaks, which are continuing to rise today.

In contrast, some peaks in the Cascades grew from rocks brought to the surface via fiery volcanic explosions. Mount Baker—located outside the boundary of North Cascades National Park—is one example. Rising to 3,286 meters (10,781 feet), this stratovolcano is the fifth-highest mountain in the Cascade Range.

Within the park boundaries, Goode Mountain is the tallest at 2,810 meters (9,220 feet). But according to the National Park Service, the designation of “park’s most photographed peak” goes to Mount Shuksan. The mountain is relatively easy to access, and trails nearby offer picturesque views. The photograph of the peak below was captured in August 2012. 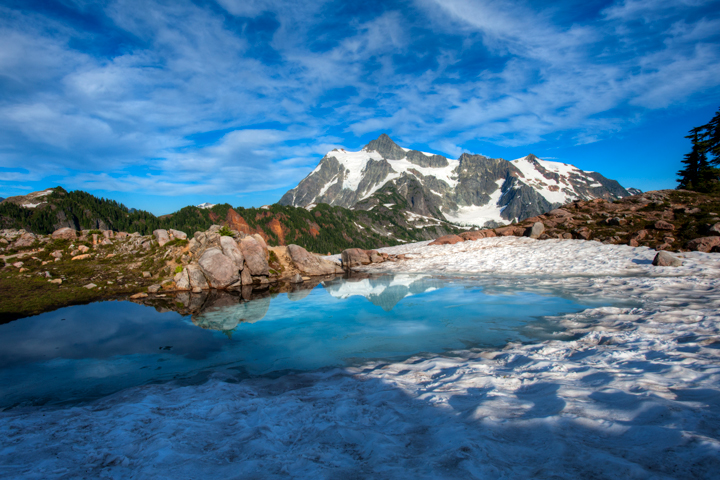 When you descend from the peaks into the valleys, the landscape changes to forest. The types of trees depend on your location in the range. The western side is wetter, giving rise to a temperate rainforest; on the drier, eastern side, ponderosa pines thrive. 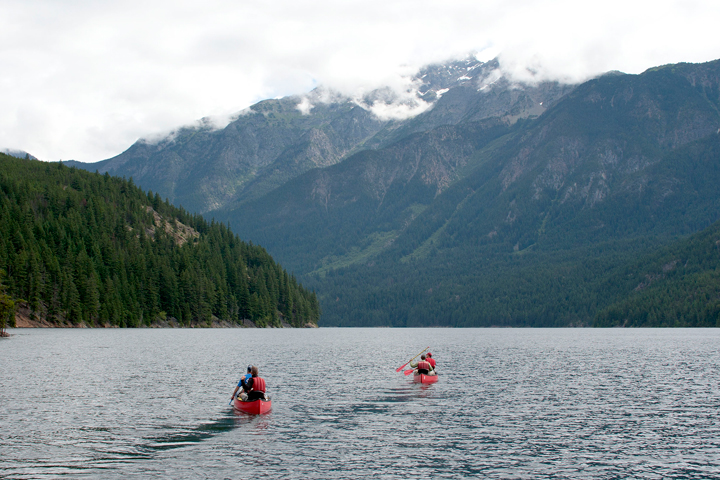