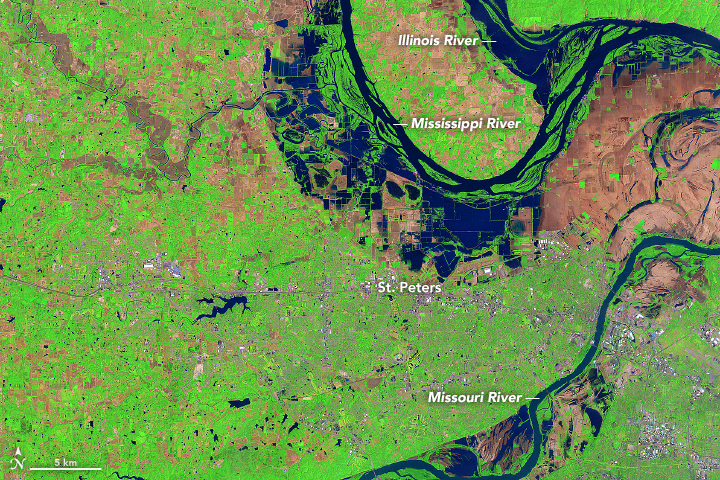 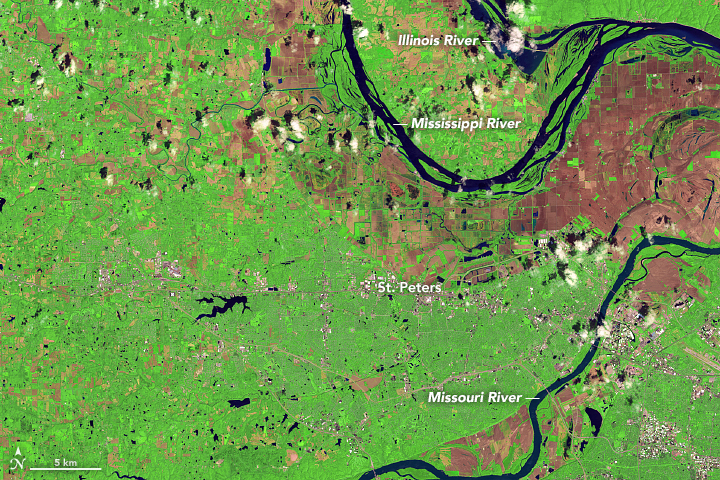 In late April and early May 2017, heavy rains in the Midwest gave way to rising rivers and flooding. These false-color images from Landsat satellites show one affected area near St. Peters, Missouri, northwest of St. Louis.

The Enhanced Thematic Mapper Plus (ETM+) on the Landsat 7 satellite captured an image (top) of flooding along the Mississippi, Missouri, and Illinois rivers on May 9, 2017. At the time, the Mississippi River was transitioning from moderate to minor flood stage. For comparison, the second image shows the rivers as observed about one year earlier (April 28, 2016) by the Operational Land Imager (OLI) on Landsat 8. Turn on the image comparison tool to see the difference.