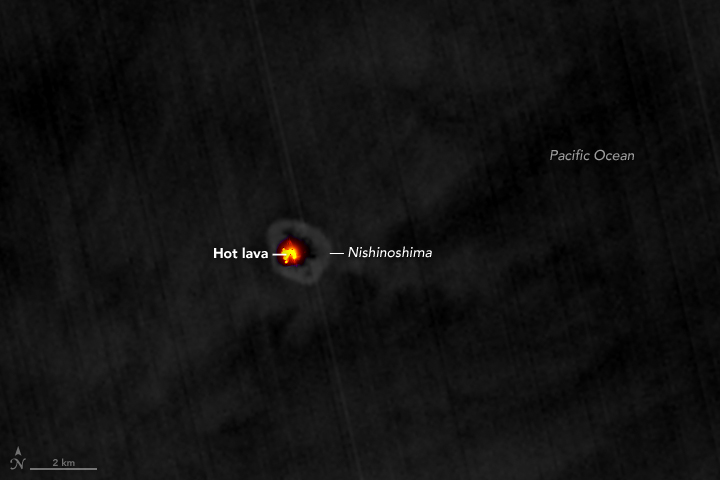 Once again, Nishinoshima Island promises to gain ground. Roughly 1,000 kilometers (600 miles) south of Tokyo, the island has been growing steadily since November 2013, when the volcano broke the water line.

This image of fresh lava was created on April 19, 2017, by combining data from the Thermal Infrared Sensor (TIRS) and Operational Land Imager (OLI) on the Landsat 8 satellite. Warmer areas—such as lava flows—appear brighter. (Diagonal streaks in the background are caused by noise in the thermal band data.)

Aerial footage taken on April 21 and published by the The Asahi Shimbun shows chunks of rocks careening into the air and a thick plume of smoke emerging from the volcano. “Intensive volcanic activity will continue for a while,” Setsuya Nakada, a professor at the University of Tokyo, told the paper. “Lava will eventually reach to the sea.”