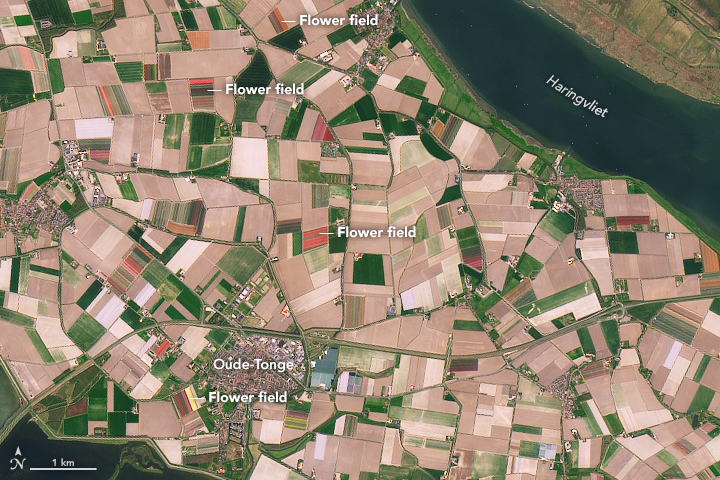 On the ground, individual petals pop with vivid color. From space, whole acres of flowers brighten fields in the southern Netherlands.

Each year toward the end of April, scores of travelers—many by bicycle—ride from Amsterdam to visit this flower-filled landscape. Their destination: the “bulb region.” Visitors go there to see the famous tulips and other spring blooms, including crocuses, hyacinths, and daffodils.

On April 9, 2017, the Operational Land Imager (OLI) on Landsat 8 captured these images of the countryside roughly 40 miles (65 kilometers) southwest of the Dutch capital. Entire fields of bright reds and yellows stand out against the surrounding brown and green terrain. (The blue square in the image below is the roof of a nearby factory building.) The flowers bloom for several weeks, peaking in late April.

Today, growers plant tulips by the millions. However, there was a time when a single bulb could cost as much as an estate. In the 1630s, four decades after tulips were introduced to the Netherlands from Turkey, their prices skyrocketed. For economists, “tulip mania” or “tulipomania,” as it was known, became an early lesson in futures trading. In the spring of 1637, just a few years after the craze began, the tulip market collapsed. 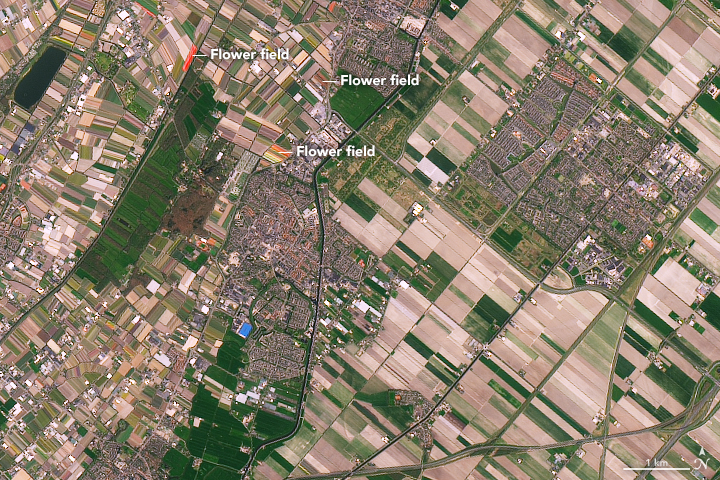