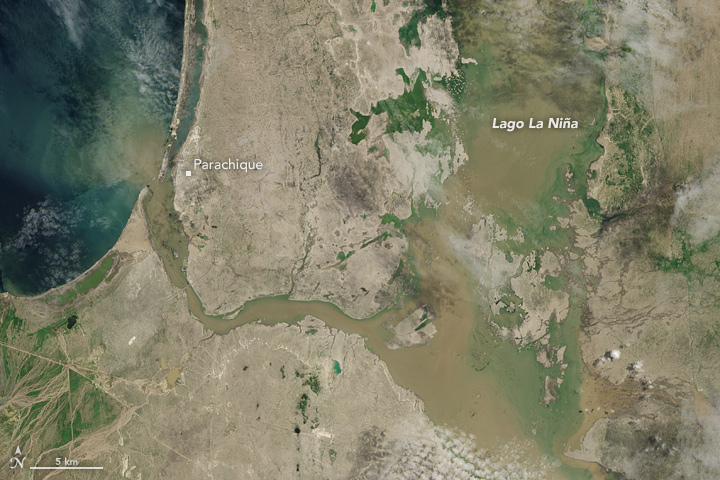 Several weeks of intense rain have triggered severe floods and mudslides in Peru. On April 4, 2017, the Operational Land Imager (OLI) on Landsat 8 captured this image of flood waters near the town of Parachique. More than 180,000 houses throughout the country have been flooded, according to Lutheran World Relief.