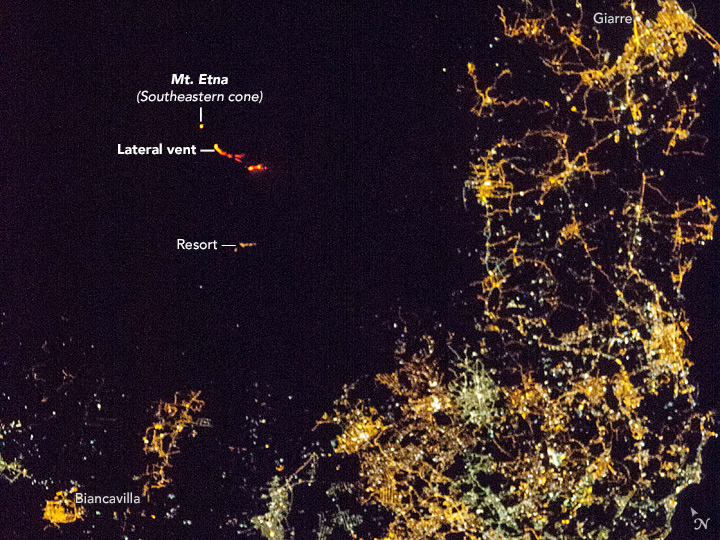 The Italian volcano Etna sent red lava rolling down its flank on March 19, 2017. An astronaut aboard the International Space Station took this photograph of the volcano that night. City lights surround the mostly dark volcanic mountain.

On the previous day, the Operational Land Imager (OLI) on Landsat 8 acquired a natural-color image (below) of an ash plume emanating from the summit and the flank. 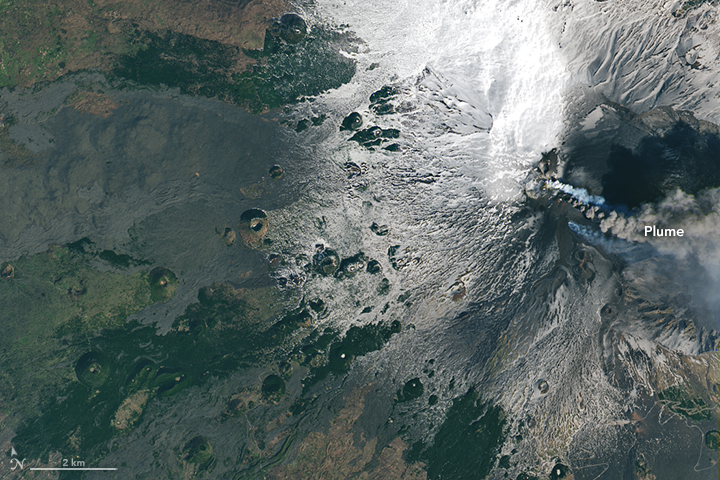 Astronaut photograph ISS050-E-58415 was acquired on March 19, 2017, with a Nikon D4 digital camera using a 400 millimeter lens, and is provided by the ISS Crew Earth Observations Facility and the Earth Science and Remote Sensing Unit, Johnson Space Center. The image was taken by the Expedition 50 crew. It has been cropped and enhanced to improve contrast, and lens artifacts have been removed. Additional images taken by astronauts and cosmonauts can be viewed at the NASA/JSC Gateway to Astronaut Photography of Earth. The daytime OLI view is a NASA Earth Observatory image by Joshua Stevens, using Landsat data from the U.S. Geological Survey. Caption by Pola Lem.