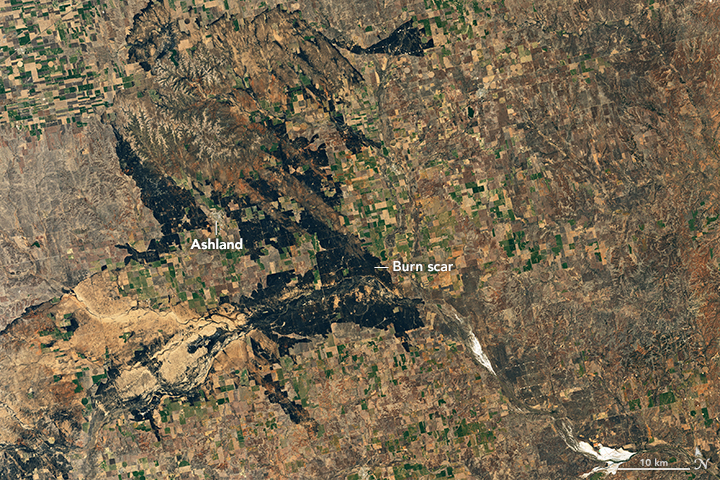 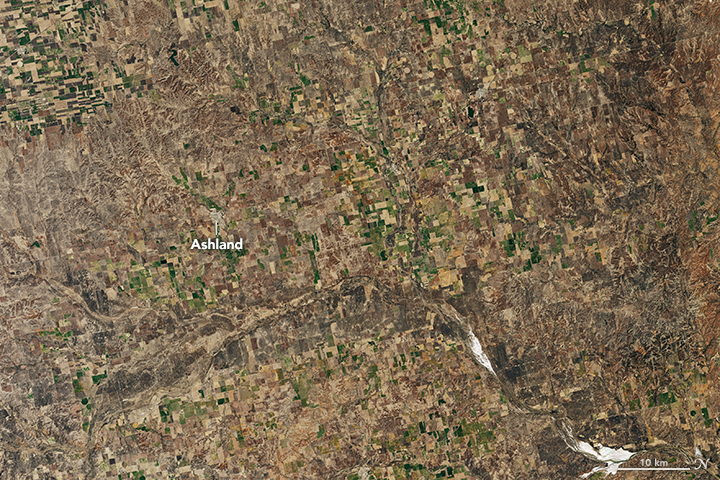 It is only March, but fires have already burned an unusually large area of the United States in 2017. Roughly 2 million acres had burned as of March 17, according to National Interagency Fire Center statistics. That is roughly ten times more than average for the first three-and-a-half months of the year.

The high number is due largely to the Northwest Oklahoma Complex, a group of four large fires in Oklahoma and Kansas (Starbuck, Selman, Beaver, and 283) that began on March 6 near Laverne, Oklahoma. That complex of fires accounts for 779,292 acres (315,368 hectares) of burned U.S. land.

The largest of these, the Starbuck fire, spread into Kansas, where it raced toward the communities of Englewood, Ashland, and Sitka. In the process, the fire destroyed 26 homes, killed large numbers of livestock, and charred grazing lands relied upon by ranchers.

On March 17, 2017, the Operational Land Imager (OLI) on Landsat 8 captured a natural-color image of the scars left by the fire. Burned areas appear black and brown. The burned areas that appear brown had sand underlying a thin layer of vegetation. The second image shows the same area on March 1, 2017.