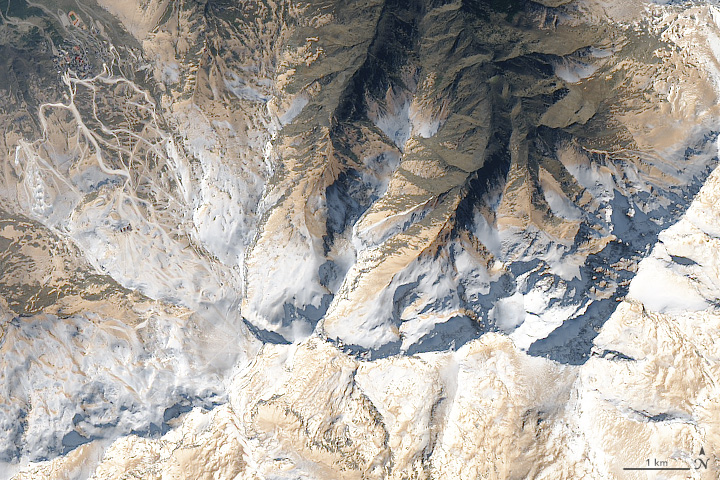 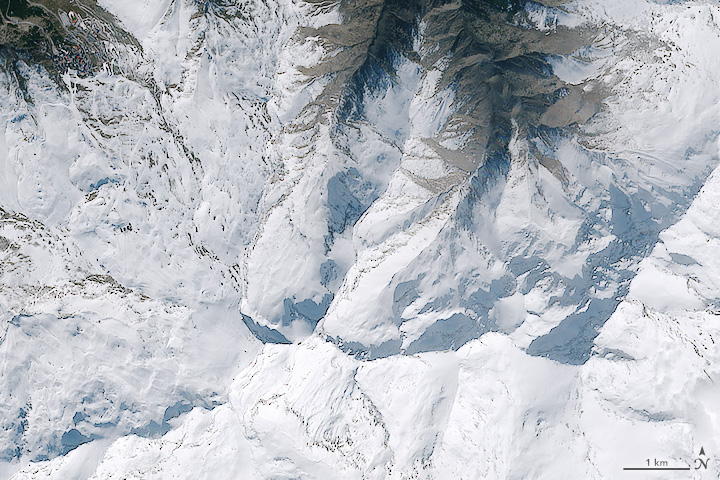 Two days after it was lofted into the air over the Sahara Desert on February 20, dust blew north into Spain and Europe. As dust particles settled down en masse on the snow-covered peaks of Spain’s Sierra Nevadas, they left the mountains a very different color.

From above, satellites captured images of the mountains before and after the dust settled. The European Space Agency’s Sentinel 2-A satellite captured an image of the snow on February 18, 2017, before the dust arrived. NASA’s Landsat 8 shows the same area on February 27. The ski trails in Pradollano, Spain (left side of the top image) stand out as white streaks amidst the tan dust. A wider view of the two images appears below.

Ground-based photographers captured images of the dust discoloring the snow atop the Sierra Nevadas, near Granada, Spain. Climbers encountered the dust as they trekked over the mountains, and skiers faced dusty conditions.

It is not uncommon for African dust to reach Spain, said Colin Seftor, an atmospheric scientist working for NASA’s Goddard Space Flight Center. “Sometimes you see the dust in Italy or all the way into Greece,” he said of analyzing satellite imagery. “You’ll see this weather pattern that looks like a storm, with that classic comma shape of clouds. The dust gets entrained and moves right along with the pressure system.” 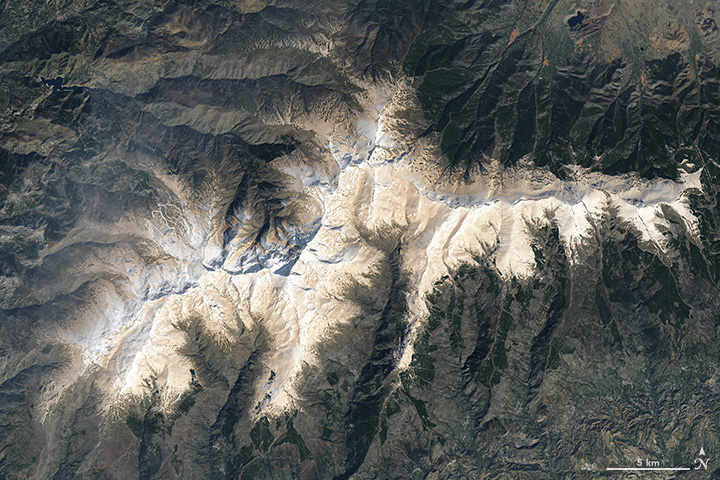 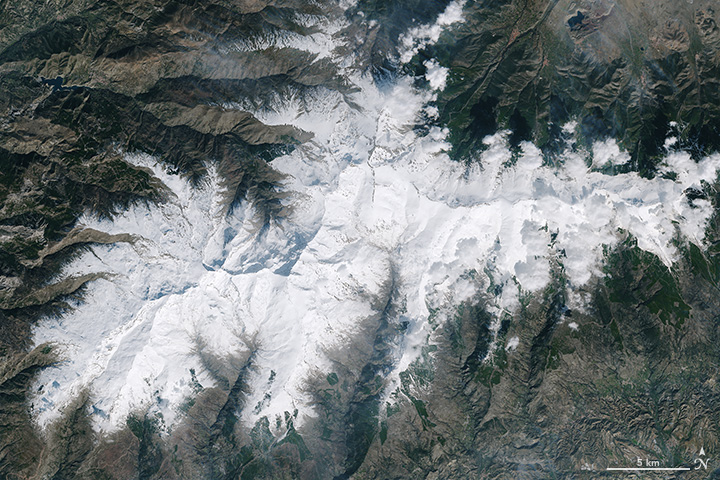 Wind-borne dust can travel far from its source. It can also have effects on snow’s albedo. When the white powder is covered by darker material, such as soot or dust particles, it loses some of its ability to reflect sunlight back into space.