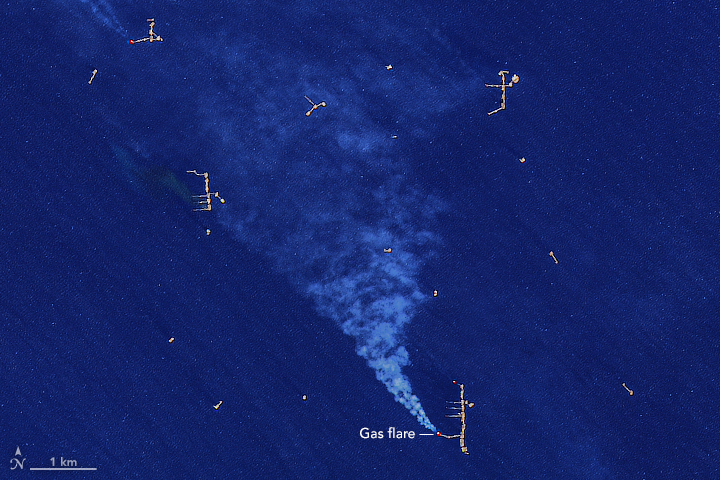 Gas Flares in the Gulf

This image of oil rigs and gas flaring in the Gulf of Mexico was captured by the Operational Land Image (OLI) on Landsat 8 on January 20, 2017. The rigs are gathering oil and natural gas from beneath the seafloor of the Bahía de Campeche, which is located along the southern margin of the Gulf of Mexico, just west of the Yucatán Peninsula.