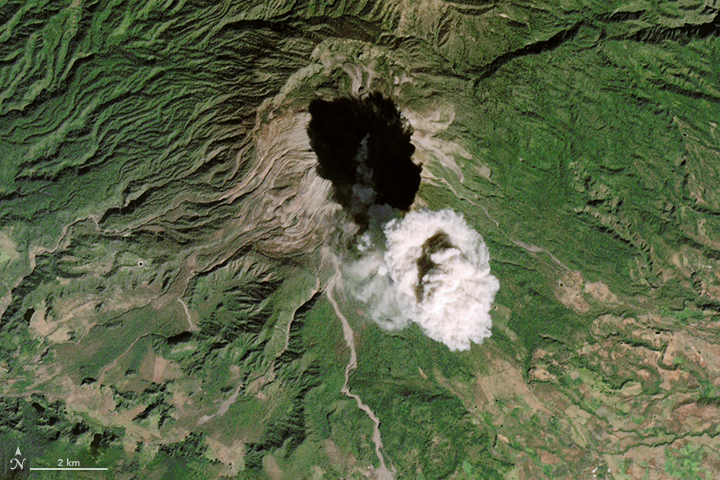 Colima Volcano in western Mexico displayed explosive activity throughout 2016; the sequence of lava-dome building and destruction earned the volcano second place in Wired magazine’s volcanic events of the year. Now, in the first month of 2017, Colima continues to erupt.

On January 4, 2017, the Enhanced Thematic Mapper Plus (ETM+) on the Landsat 7 satellite captured this image of ash rising from Colima. The plume’s dark shadow obscures much of the summit, but you can still trace the plume back to its source. Another image captured on the same day by the Terra satellite shows the wider view.