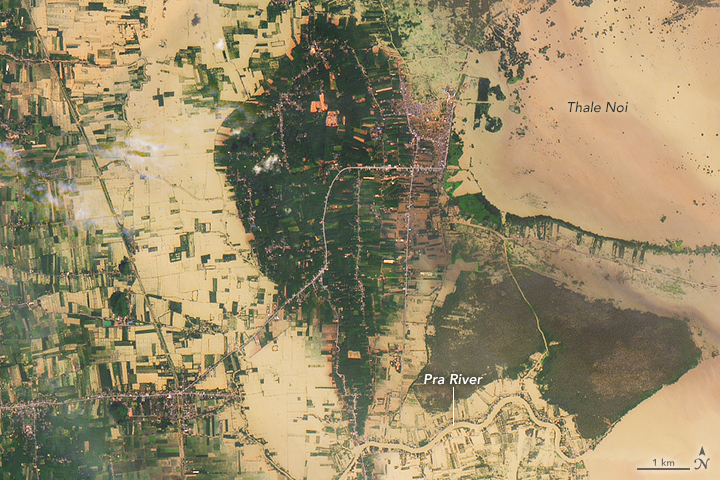 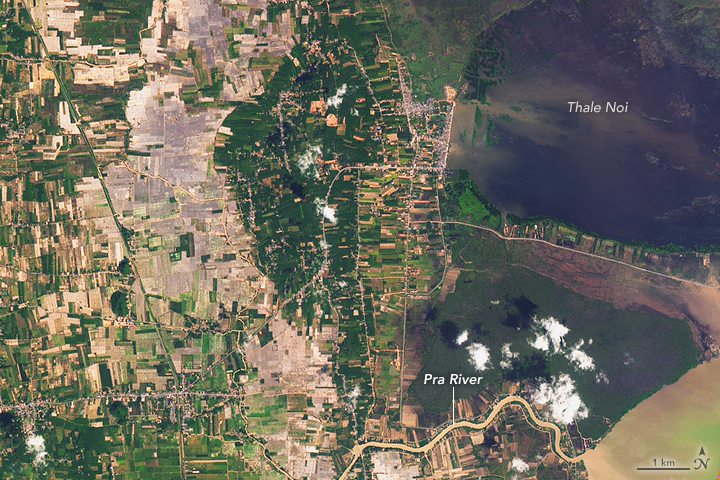 Several days of heavy rainfall swamped much of southern Thailand in January 2017. While monsoon-related floods are common in the region, the wet season usually ends in November.

The Operational Land Imager (OLI) on the Landsat 8 satellite captured an image of flooded land near the Pra River on January 9, 2017. Much of the tan and yellow color on the landscape is sediment-laden flood water. For comparison, the second image shows the same area on February 2, 2014, when waters were lower. Turn on the image comparison tool to see the changes.

The rainfall, which began on January 1, 2017, is some of the most severe to hit Thailand in three decades, according to Thai authorities. More than 300,000 homes have been affected, and damage to infrastructure is widespread. At least 36 people have died.

While the worst of the rain and floods have subsided and cleanup has begun in many areas, forecasters warn that additional bursts of heavy rain may hit southern Thailand in the coming days.