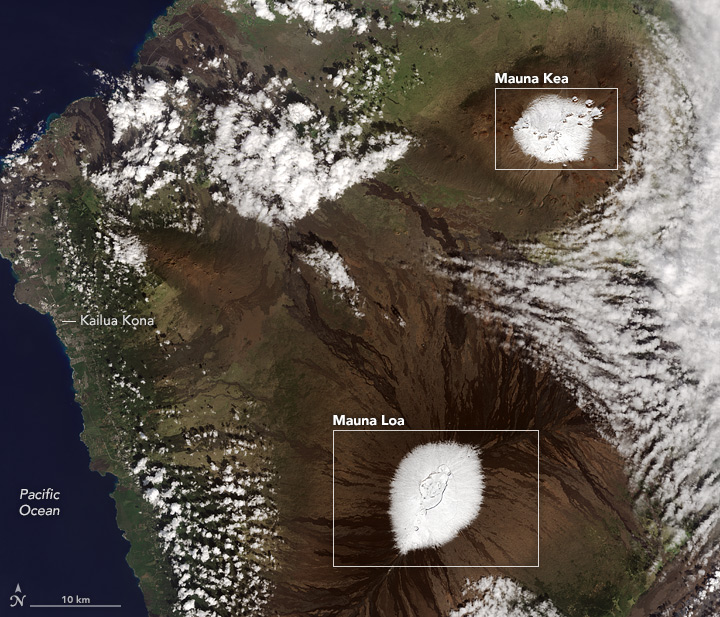 Snow may not be the first thing that comes to mind when you think of the Hawaiian Islands. But nearly every year, the peaks of Mauna Kea and Mauna Loa volcanoes are temporarily dusted with white. Satellites captured such events in 2014, 2015, and most recently in December 2016, pictured here.

The Operational Land Imager (OLI) on the Landsat 8 satellite captured these natural-color images of the snowy peaks on December 25, 2016. A storm on December 18 brought not only snow, but bouts of thunder and lightning. While snow in Hawaii is not unusual (it can even fall in summer), thundersnow is less common.

The storm was reportedly associated with a Kona low. This low-pressure system brought a change in wind direction, such that winds that typically blow out of the northeast shifted to blow from the southwest. The winds from the leeward or “Kona” side drew moisture from the warm, tropical Pacific that ultimately fell as snow over the high elevations. 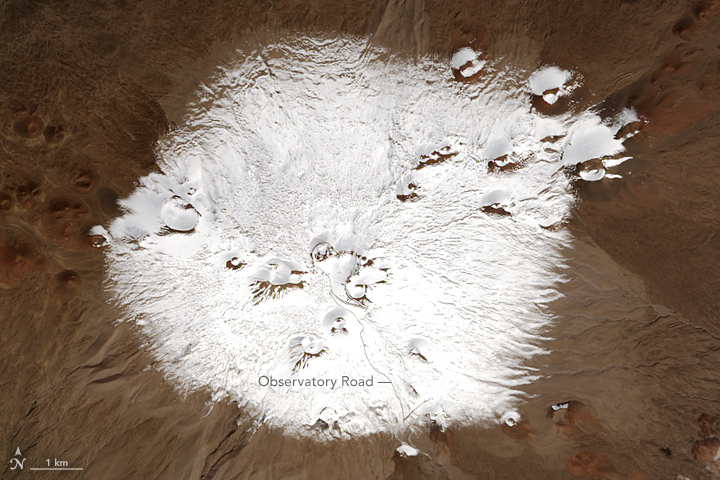 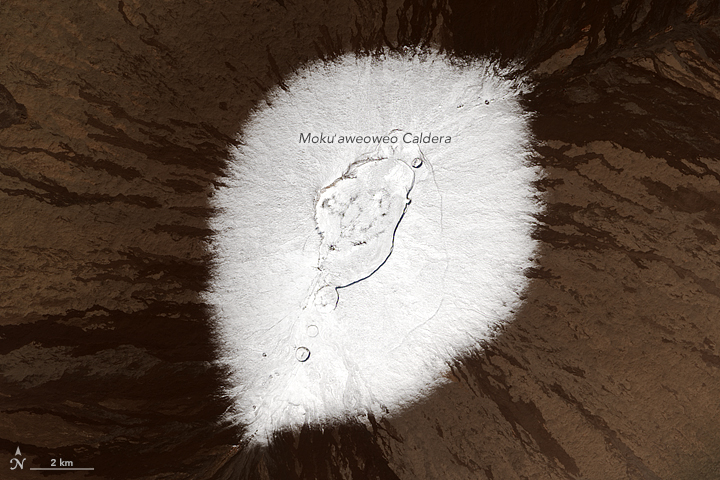 Detailed views give a closer look at the snowy summits. Mauna Kea rises to 4,205 meters (35 meters higher than Mauna Loa). It is one of Hawaii’s older, dormant volcanoes, with steep, irregular terrain marked with numerous cones. Mauna Loa, in contrast, is relatively active and topped with three circular depressions that compose the Moku‘aweoweo caldera. Mauna Loa is less steep, with gentle slopes that block the view of its snowcapped summit from sea level.

Satellites offer views of both summits. Natural-color visible imagery from satellites, however, can be obscured by the presence of clouds. That was the case earlier in December when a storm was reported to have dropped more than 60 centimeters (2 feet) of snow on the peaks.