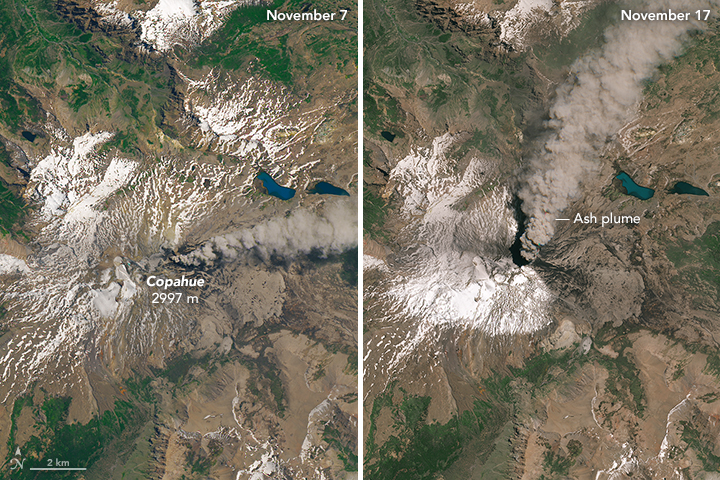 Copahue—a stratovolcano along the border of Chile and Argentina in the Andes Mountains—has been restless since 2012. In November 2016, a bout of activity sent fresh ash streaming from the volcano on several occasions.

While clouds regularly obscure satellite views of Copahue, sensors on both NASA and European Space Agency satellites managed to collect clear images of the eruption this month. On November 7, 2016, the Operational Land Imager (OLI) on Landsat 8 acquired the image on the left; on November 17, 2016, the Multispectral Imager (MSI) on Sentinel-2 acquired the image on the right.