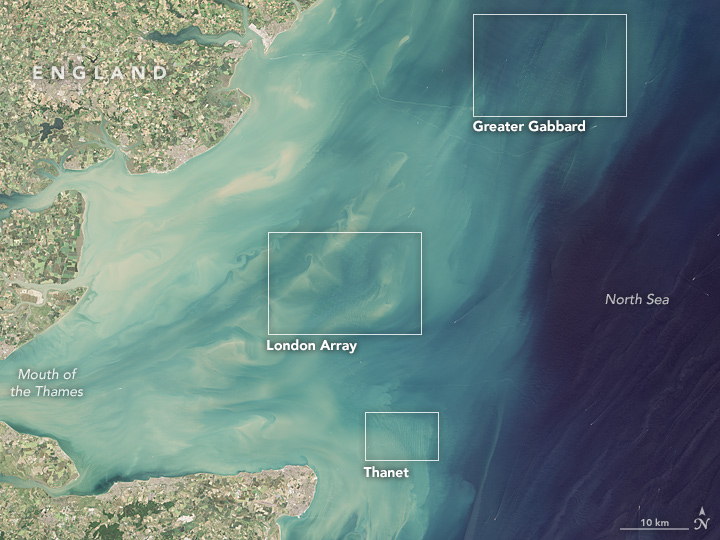 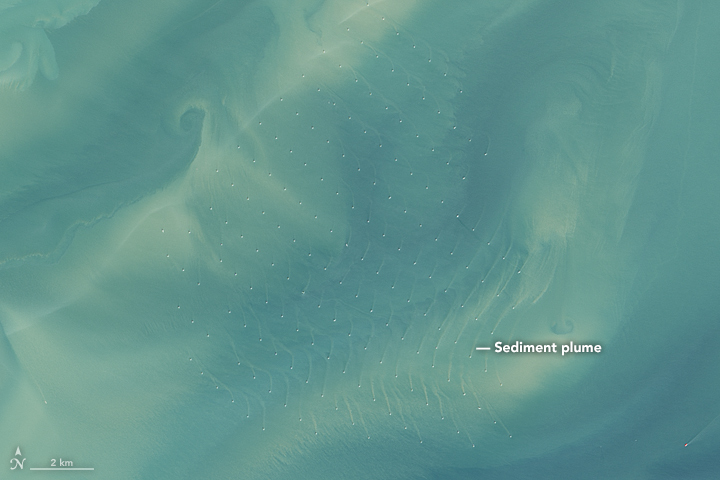 For at least the past decade, satellites have spotted white dots cropping up in the North Sea. If viewed from Earth’s surface, you would see that these dots are actually wind turbines—huge arrays of towers rising from the sea and topped with electricity-generating rotors. But they’re doing more than harvesting the wind. They appear to also be giving rise to sediment plumes.

Some of the North Sea’s most expansive arrays are visible in these images, acquired on Jun 30, 2015, with the Operational Land Imager (OLI) on the Landsat 8 satellite. When these images were acquired, there were 84 offshore wind farms in Europe (including some under construction). The North Sea accounts for the most offshore wind capacity—69 percent—in European seas, followed by the Irish Sea and Baltic Sea.

The turbines were built to take advantage of high winds blowing over the North Sea’s surface. The London Array, visible in the first detailed image, spans 100 square kilometers (40 square miles). The wind farm, which first became operational in 2013, sits on two natural sandbanks in water as deep as 25 meters (80 feet). The site was chosen because of its proximity to onshore electric power infrastructure and because it is beyond the main shipping lanes through the area. 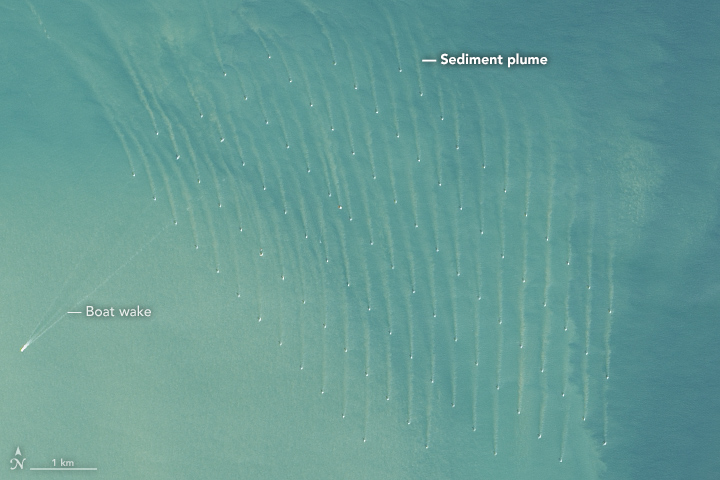 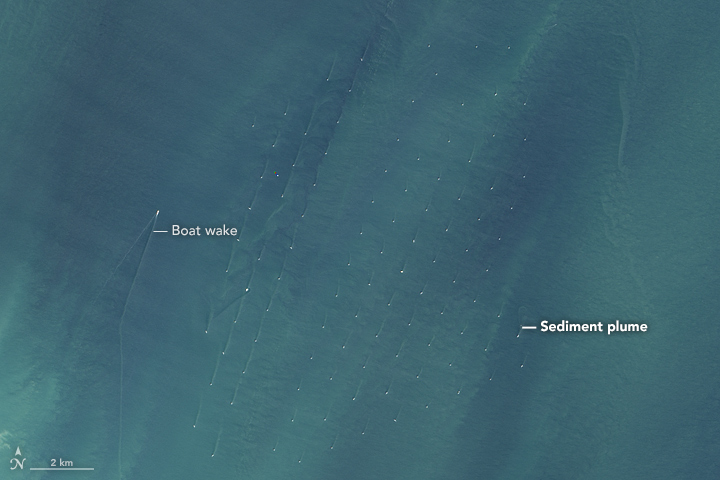 But the environment below the water’s surface can also feel the presence of the turbines. The detailed views reveal light-brown plumes of suspended sediments extending from each tower. In a 2014 paper, researchers analyzed satellite imagery and found that the wakes (and plumes) can measure anywhere from 30 to 150 meters wide and up to several kilometers long.

“The fact that the wakes are browner than the surrounding waters shows that they contain more suspended sediments,” said Quinten Vanhellemont, a researcher at the Royal Belgian Institute of Natural Sciences and lead author of the 2014 paper. “This shows that the installation of the wind turbines not only modifies the wind field above the sea surface (which is expected as they are extracting wind energy), but that they also modify the currents and sediment transport in the water.”

It’s not yet clear how these changes in sediment transport could affect the relatively shallow underwater environment, which is known to be an important fish nursery. According to Vanhellemont, researchers at the University of Hull are currently studying the wakes in greater detail by investigating their 3D structure.