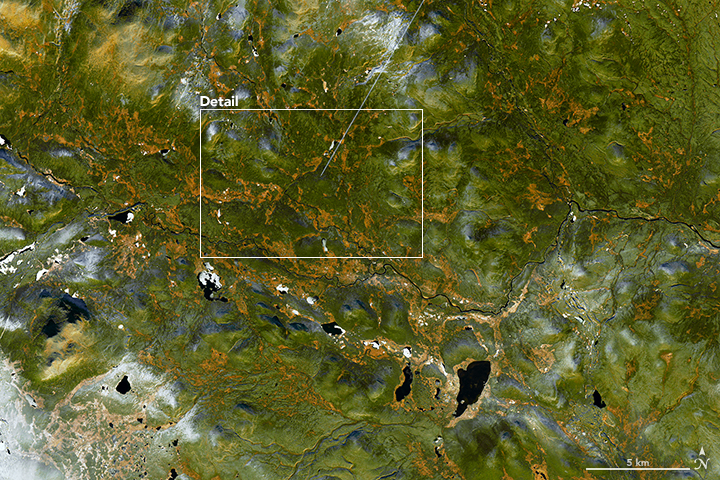 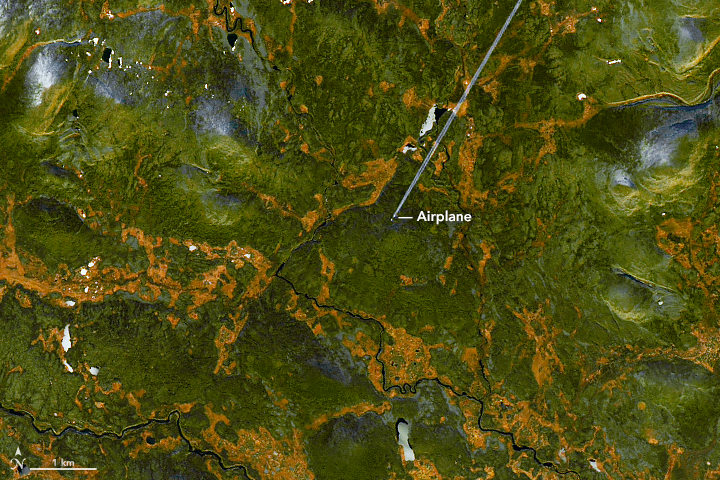 A Blaze of Yellow

Fall in northern Sweden is a brief but spectacular affair. For a few weeks in October, alpine forests in this remote part of Swedish Lapland turn blazing shades of yellow and orange.

The Operational Land Imager (OLI) on the Landsat 8 satellite captured this image of hilly terrain in northern Lapland on October 10, 2016. Birch forests growing along stream valleys are probably the source of most of the color, though other deciduous shrubs and understory plants surely contribute as well. Some of the hills have a dusting of snow. The southern Sun’s low angle above the horizon draws long, dark shadows across the landscape.

In autumn, the leaves on deciduous trees change colors as they lose chlorophyll, the molecule that plants use to synthesize food. Chlorophyll makes plants appear green because it absorbs red and blue sunlight. It is not a stable compound, and plants have to continuously produce it, a process that requires ample sunlight and warm temperatures. When days shorten and temperatures drop, levels of chlorophyll do as well.

In Lapland, the local name for leaf peeping season is ruska, the time of year when Scandinavians head outdoors to savor nature’s display before the long, dark winter descends.