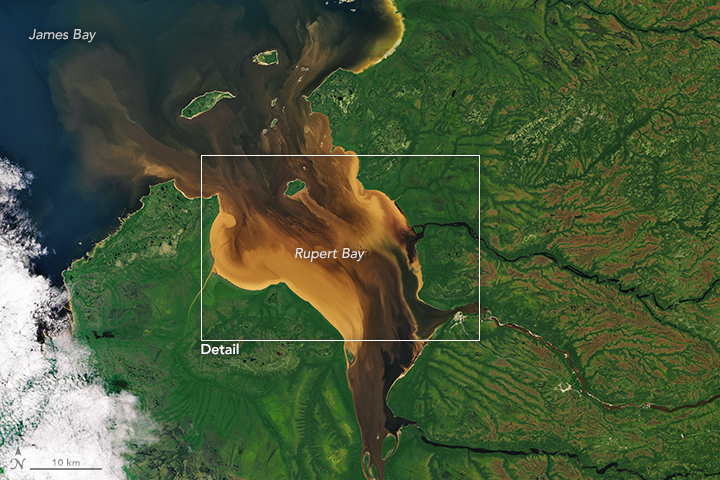 Some Tea With Your River?

Remote Rupert Bay in northern Quebec is a place where the majesty and dynamism of fluid dynamics is regularly on display. With several rivers pouring into this nook of James Bay, the collision of river and sea water combines with the churn of tides and the motion of currents past islands to make swirls of colorful fluid that could impress even the most jaded of baristas.

As they wind through the boreal forests and wetlands of Northern Quebec, the rivers that flow into Rupert Bay often carry water stained brown with tannins and lignins, chemical substances found in plants. Tannins and lignins from roots, leaves, seeds, bark, and soil can leach into the water and give it a yellow, brown, or even black color. (The same process gives tea its dark color.) 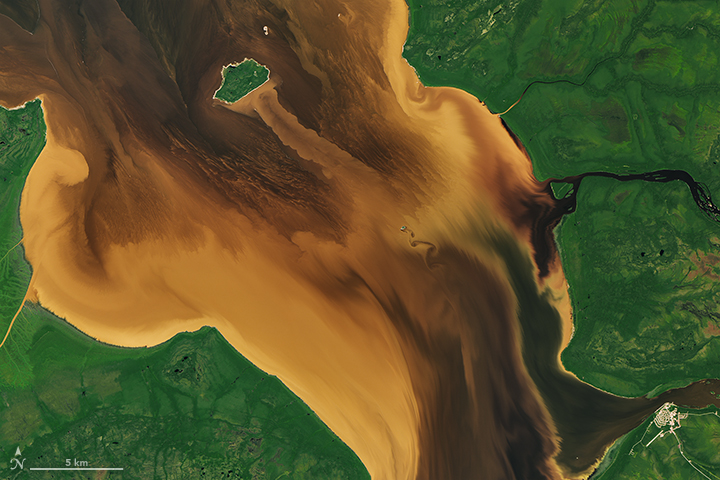 When the Operational Land Imager (OLI) on Landsat 8 captured this image of Rupert Bay on July 30, 2016, tannin-stained (dark brown) river water was flowing into the bay at the same time that turbid seawater appeared to be pushing in due to the rising tide. The shallowness of the bay, some suspended mud and sediment kicked up by the tide, and mixing of the stained river water and sea water likely gave the sea water a light brown appearance. Note that the colored plumes and intricate vortices around the islands are pointing inland—an indicator that the tide was likely coming in or that northwesterly winds were affecting the flow of the water. The lowermost image shows a detailed view of von Kármán vortices formed as water flowed past a small island in the bay.

A more general term for the organic substances that can stain water is colored dissolved organic matter (CDOM). “In the detailed images, the light brown color is probably caused mainly by heavy sediment,” said Mats Granskog, a scientist with the Norwegian Polar Institute. “Further out to in the bay, around the two islands, the waters getting darker is a sign of the heavy sediment settling out, while all the CDOM is still in the water because it is dissolved.” 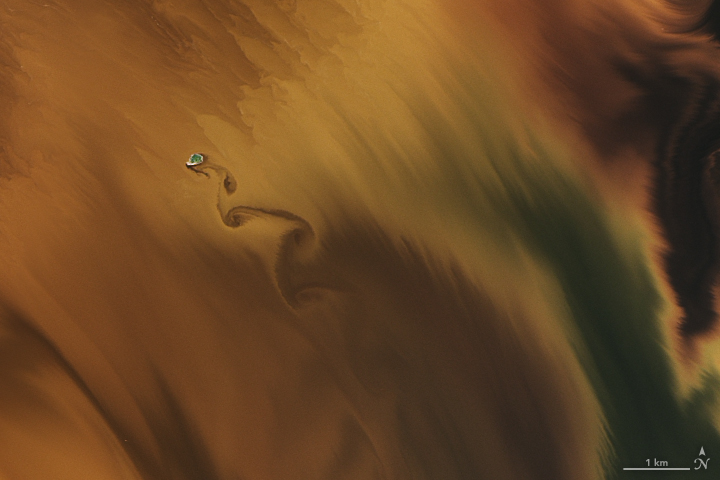