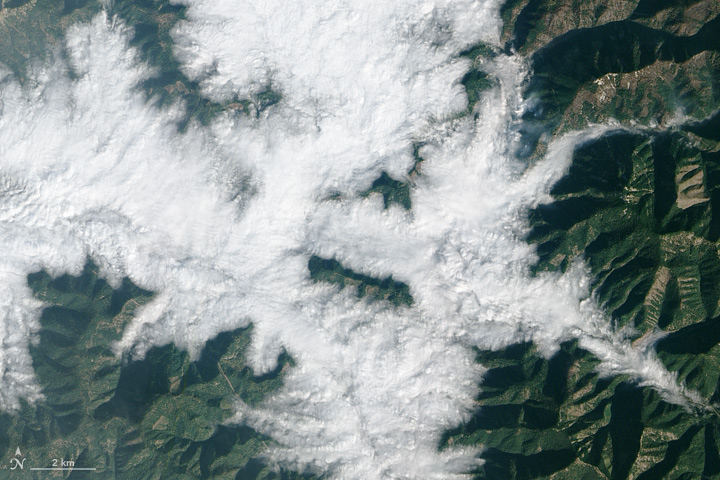 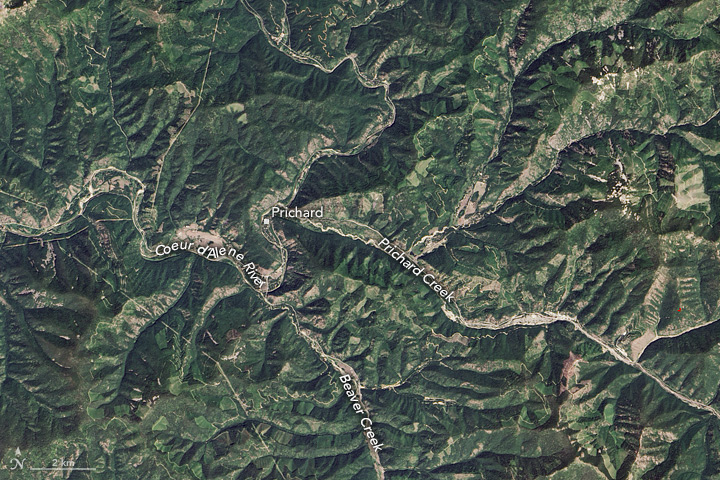 Fog in the Bitterroot Mountains

There are some common themes that run through the journal entries written by members of the Lewis and Clark expedition in September 1805. Cloudy mornings. Treacherous hills. Hunger.

In September 1805, the 29-person “Corps of Discovery” crossed the Bitterroot Mountains along the Lolo Trail—one of the most arduous portions of the 28-month journey from St. Louis to the Pacific Ocean and back. Expedition members toiled for 11 long days through the rugged, forested terrain of what is now northern Idaho.

William Clark’s September 15, 1805, entry offers a glimpse of the challenges. “We set out early…the morning cloudy…several horses slipped and rolled down steep hills. After a two-hour delay, we proceeded on up the mountain. When we arrived at the top, we could find no water. [Instead we] made use of the snow we found on the top to cook the remains of our colt [and to] make soup.” The lack of game had been so acute that a day earlier, the men had killed one of their horses for food.

The satellite image above features the rugged Bitterroot Mountains and radiation fog that is likely similar to what Lewis and Clark encountered. The Advanced Land Imager (ALI) on the Earth Observing-1 satellite captured a natural-color image (top) on the morning of October 28, 2015. It highlights part of Shoshone County in the Idaho Panhandle, near the Montana border. The fog traces stream valleys carved by Prichard Creek, Beaver Creek, and the Coeur d’Alene River. The lower image, captured by the Operational Land Imager (OLI) on Landsat 8, shows the same area on a clear day a few months earlier.

Fog is a low-lying type of cloud composed of tiny water droplets suspended in the air. The main difference between a cloud and fog is that the base of fog reaches the ground, while the base of a cloud is well above the surface. The difference between fog and mist relates to how much the suspended water droplets reduce visibility. Fog reduces visibility to less than 1 kilometer (0.6 miles). Mist also reduces visibility but never below 1 kilometer.

Radiation fog usually forms in clear, calm conditions at night. The cooling of the land surface chills the air close to the surface, reducing the air’s ability to hold moisture and trigging condensation and fog formation. In low-elevation areas, radiation fog usually fades as the Sun warms the land surface, but in higher-elevation areas (like this) valley fog can linger throughout the day.

Fog occurs regularly in the Idaho Panhandle; between 15 and 25 days of dense fog per year, mainly during the winter months. The foggiest parts of the United States—coastal Oregon and Washington, the Appalachians in West Virginia, southern Virginia, and North Carolina; and northern New England—see dense fog at least 40 days per year.