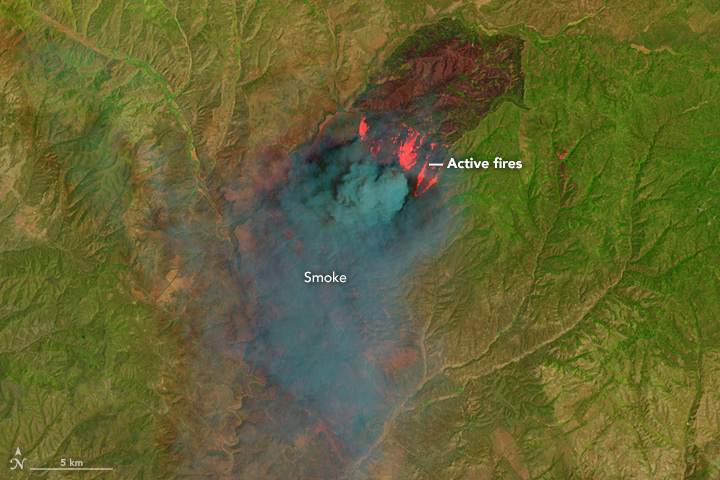 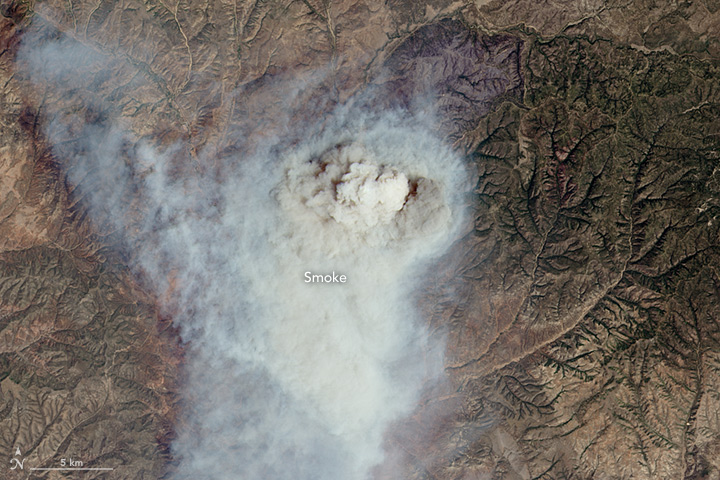 On June 19, 2016, the Operational Land Imager (OLI) on the Landsat 8 satellite acquired this false-color image of the Cedar fire, which burned in eastern Arizona. The image combines shortwave infrared, near infrared, and red light (OLI bands 6-5-4). Near- and short-wave infrared help penetrate some of the smoke to reveal the hot spots associated with active fires, which appear red. Smoke appears gray-blue and burned areas appear rusty brown.

The second image, also acquired by OLI at the same time, shows the scene in natural-color. This image, similar to what the human eye would see, shows smoke billowing up into the atmosphere as the fire advanced southward. Turn on the image comparison tool to see the hot spots below some of the smoke.