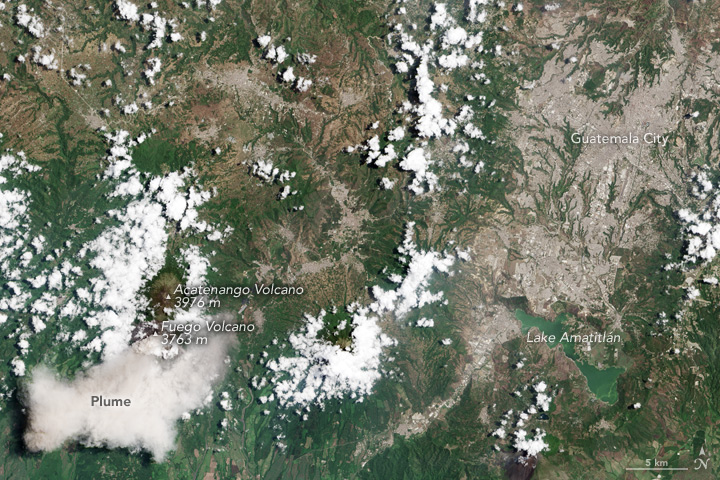 On May 19, 2016, ash drifted above Fuego, one of Central America’s most active volcanoes. The volcano is located about 70 kilometers (40 miles) west of Guatemala City, Guatemala. The ash column was some 5,000 meters (18,000 feet) above sea level, according to news reports. On May 19, 2016, the Operational Land Imager (OLI) on Landsat 8 captured this image of ash just southwest of the volcano. Though it looks similar to other clouds in the scene, the ash is slightly darker.