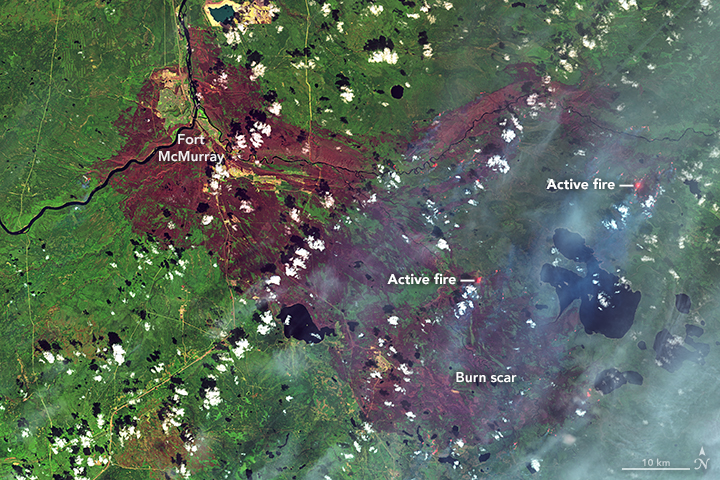 On May 12, 2016, a total of 17 wildfires were still burning in the vicinity of Fort McMurray, Canada. Provincial authorities still considered one of those fires to be “out of control.” As of May 12, fires in that part of Alberta had burned up at least 2,410 square kilometers (930 square miles) of land.

The Operational Land Imager (OLI) on the Landsat 8 satellite acquired this image of the burn scar on May 12. The false-color image combines shortwave infrared, near infrared, and green light (OLI bands 7-5-3). Near- and short-wave infrared help penetrate clouds and smoke (white) to reveal the hot spots associated with active fires (red). With this combination, burned areas appear brown.