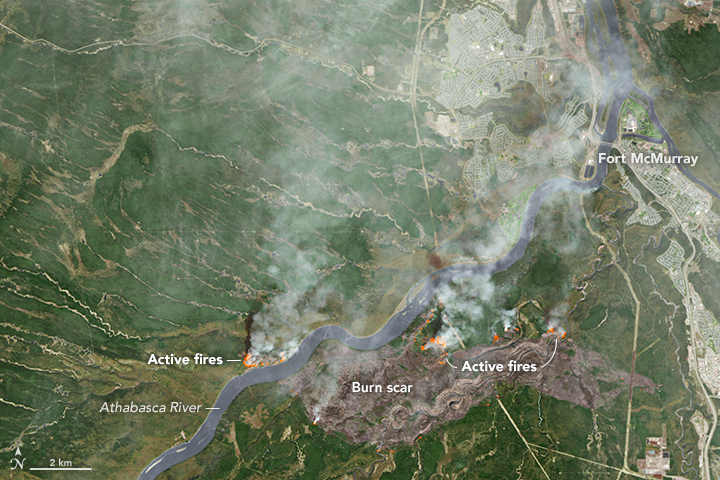 At 12:34 p.m. local time on May 3, 2016, the Operational Land Imager (OLI) on the Landsat 8 satellite acquired this false-color image of the fire. The image combines shortwave infrared, near infrared, and green light (OLI bands 7-5-3). Near- and short-wave infrared help penetrate clouds and smoke to reveal the hot spots associated with active fires, which appear red. Smoke appears white and burned areas appear brown.

As of May 4, the fire had burned almost 77 square kilometers (7,700 hectares), and its cause was still under investigation. Fire restrictions were in place for most of the province due to hot, dry conditions.