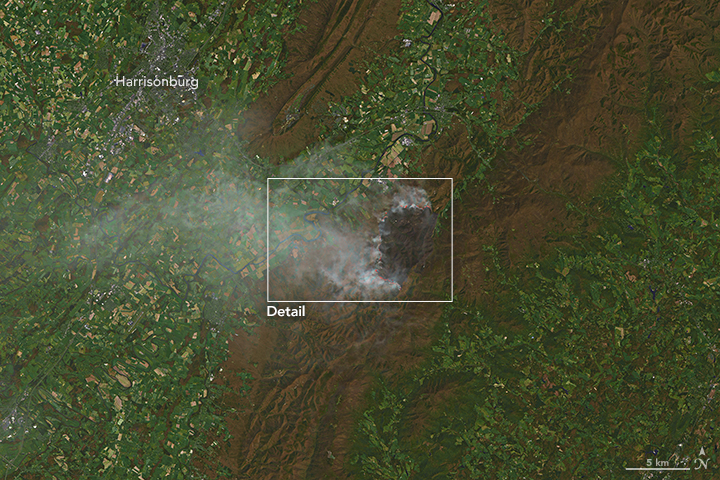 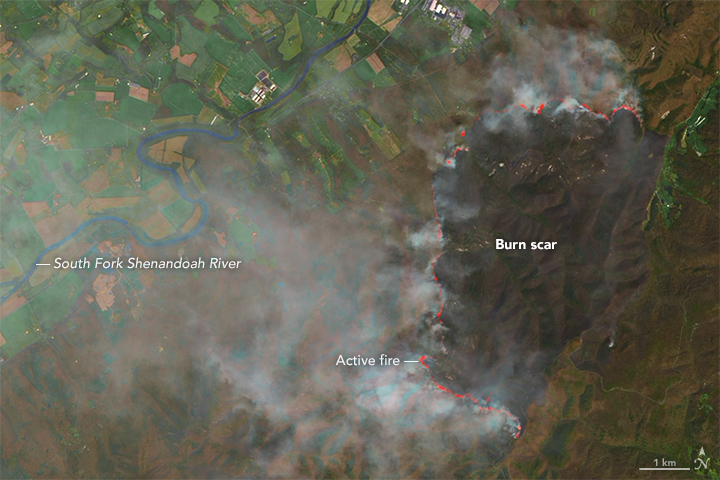 On April 20, 2016, the Operational Land Imager (OLI) on the Landsat 8 satellite acquired these images of the Rocky Mount fire in Virginia. The wildfire burned in Shenandoah National Park, closing sections of trails and a portion Skyline Drive—the park’s main paved thoroughfare. On this day, smoke blew northwest toward Harrisonburg.

The lower image shows a closer view of the fire front. Red areas are where the fire was actively burning; dark brown areas to the east are scars on newly burned land.

The fire was first reported on April 16, and the cause is under investigation. As of midday on April 22, the fire had burned 7,935 acres and was 40 percent contained.