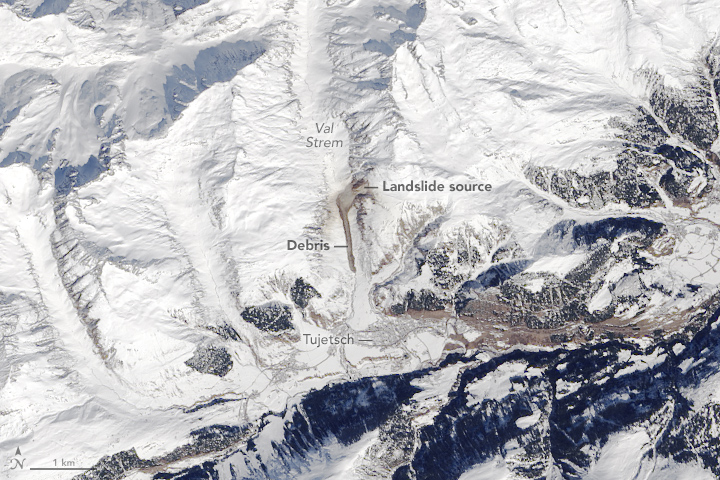 In March 2016, rock and soil tumbled down the eastern side of the steep Strem Valley in Tujetsch municipality. The Operational Land Imager (OLI) on Landsat 8 captured this image of debris left by the rockslide on March 18, 2016. Despite sliding about 1 kilometer (0.6 mile) down the snow-covered valley, the debris did not cause any damage to life or property.