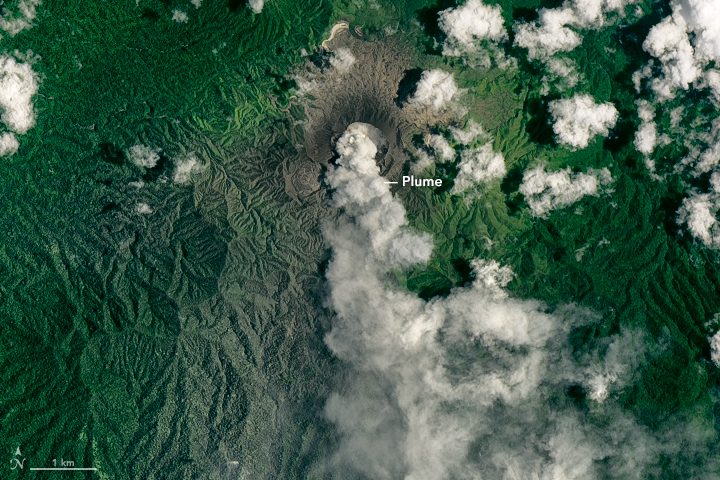 On March 22, 2016, the Operational Land Imager (OLI) on Landsat 8 acquired this image of an ash plume from Dukono, a volcano on a remote Indonesian island.

The volcano is frequently active, according to the Smithsonian Institution’s Global Volcanism Program. During the week leading up to this image, the plume reached as high as 2.4 kilometers (8,000 feet) above sea level.